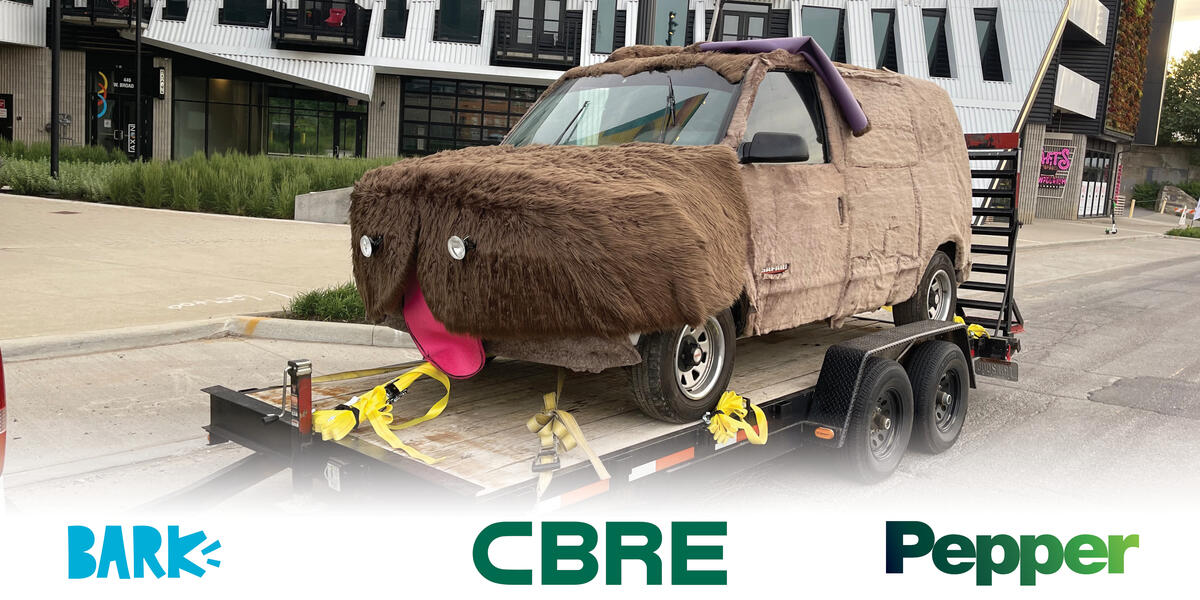 It’s not every day that you see a replica of the dog van from the 1994 comedy "Dumb and Dumber" lifted into the third story of a building. This was a rather unique request made by BARK as a part of their 10,000-square-foot office fit-out on the third floor of the Gravity building located west of downtown Columbus.

The van, named Sharon DogJoy by employees, had been used  as a promotional tool for the company’s BarkPark in Nashville, Tennessee. While BARK’s Columbus office was undergoing construction, the group felt it was the perfect time to give the van a new life and relocate it to their Columbus office. The van is yet another way for BARK to display its brand, creating a comfortable and relaxed space for employees to work. The van will not be the only furry face inside the office as employees are encouraged to bring their own dogs to work alongside them.

The execution of the van lift took careful coordination and planning by many team members. Prior to the lift, a structural engineer determined the best placement options and excess weight from internal parts of the van were removed. Two sections of window, drywall and soffit were temporarily removed to prepare for the van’s entry and repaired by our Self-Perform Group. With safety top of mind, the sidewalks and three lanes of the street below were closed while the lift took place. The lift went off without a hitch and Pepper thanks the following companies for their role in making the lift a success: BARK (Owner), WSA (Architect), CBRE (Owner’s Representative), Kauffman Development (Building Owner), Atlas Crane (Crane Contractor), and Paul Peterson Company (Traffic Control).

Check out some of the video highlights from the van lift below!

Can a building change the way we work?

The case for estimating self-perform concrete work in 3D

Evolving how we self perform to improve quality