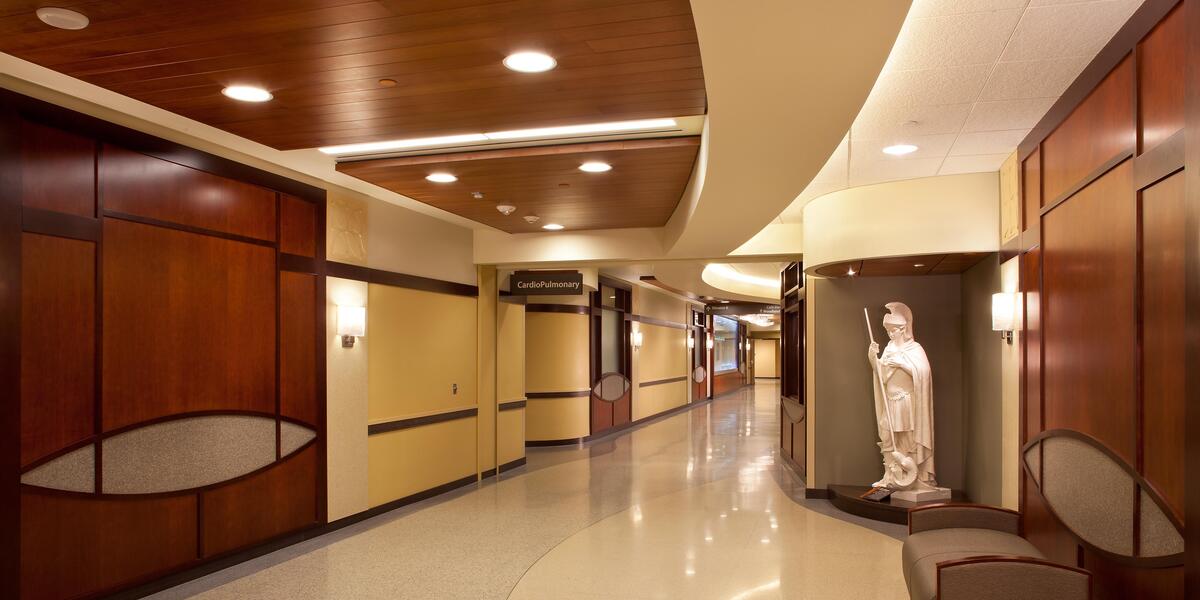 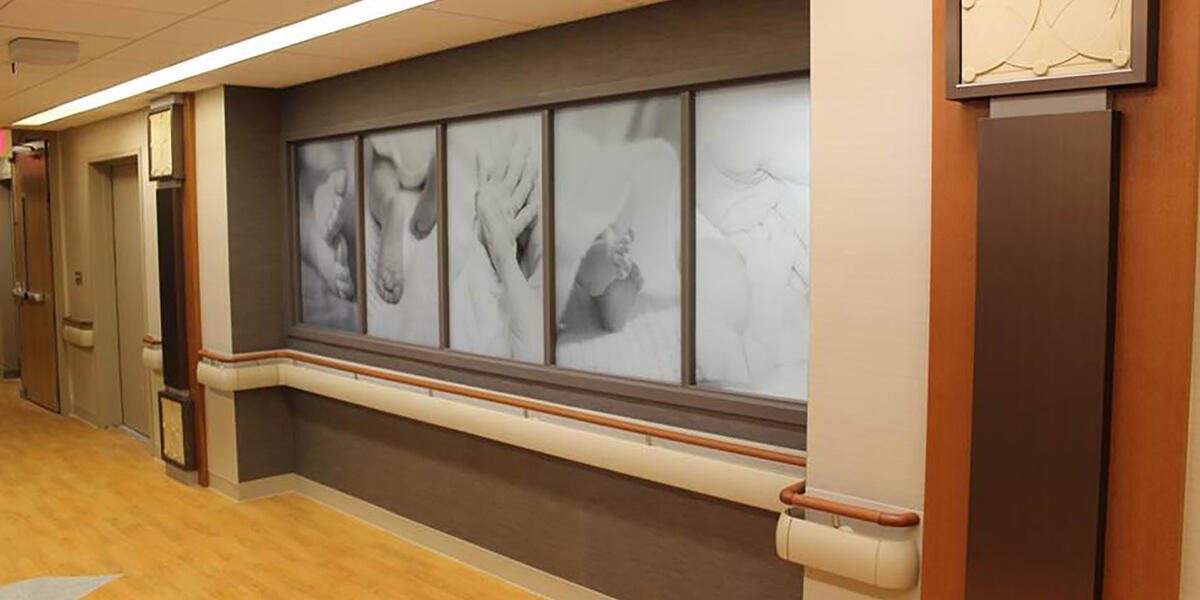 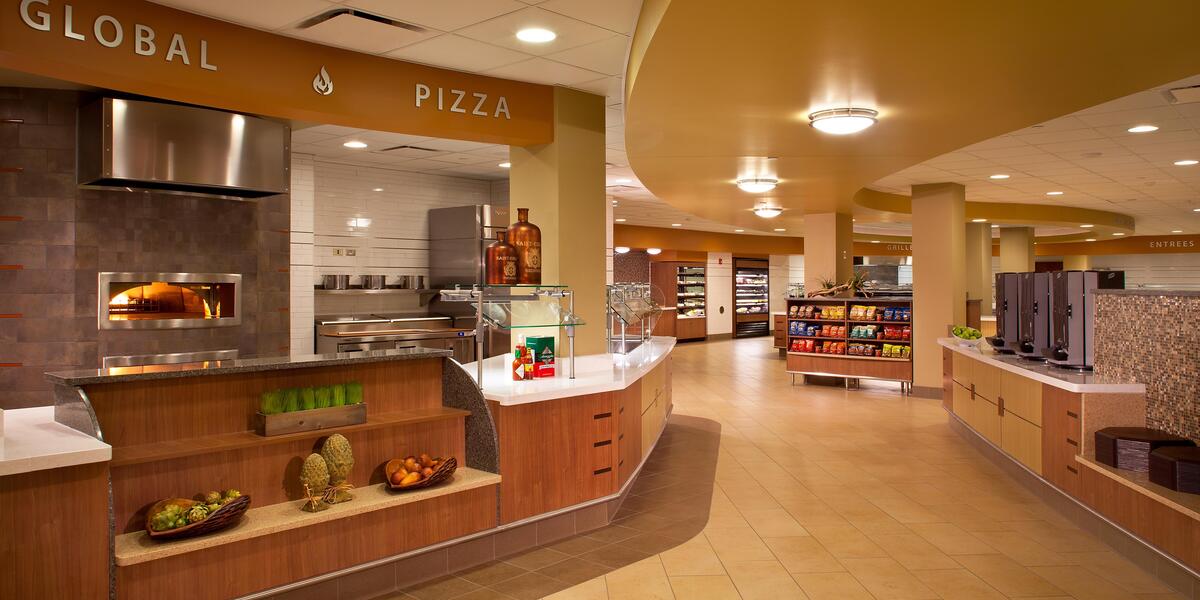 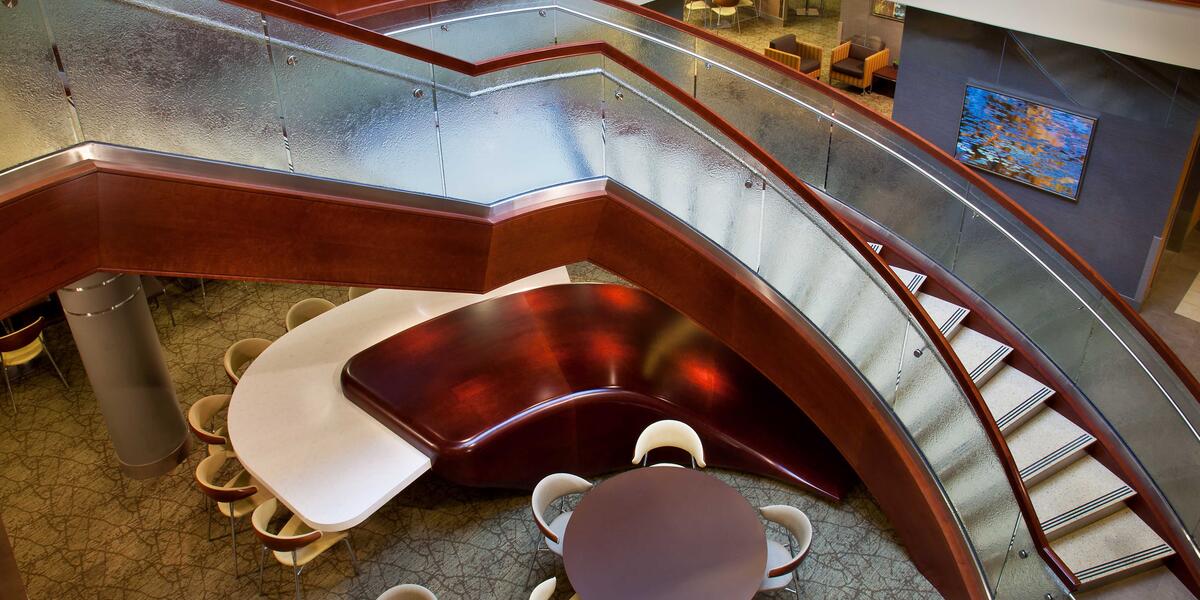 Today, the healthcare industry is being impacted by strong, competitive and diverse drivers. The market focus is shifting from inpatient to outpatient, with modified and more integrated systems. Emerging demands are re-shaping healthcare delivery at a rapid pace, and plans are still in flux as regulations continue to change. As such, the number one feature hospitals are looking for with their facilities is flexibility to become more efficient and cost effective. And as healthcare systems adapt to these changes, they are being forced to update facilities to address new and future service delivery models.

Designed to modernize the original 1970s structure and focus on outpatient services, the Palos Community Hospital backfill renovation included more than 50 phases. In the midst of the project, the hospital added another 22,000 square feet, and all of it was completed within the original schedule. It couldn't have been done by simply tacking phases on at the end, and it could not have been completed without a unified effort.

Using lean to make the project as predictable as possible

While the project team had completed previous phases of the master plan under a traditional delivery method, they knew that the challenges of an extensive renovation in the midst of a facility operating at capacity would require a different and more collaborative approach to provide the level of flexibility needed within the established construction schedule. Through lean construction practices, the team created a predictable and safe environment. They became much more agile and able to make continuous improvements along the way, applying what they learned in one phase to the other 50+ phases of the renovation. And it allowed them to develop a system for coordinating and communicating approximately 400 utility shutdowns well in advance, so the hospital and users were not negatively impacted by construction activities.

From the hospital's perspective, the team's ability to adapt helped them weather leadership changes of two interim CEOs, switch to room delivery in the middle of the dining and kitchen renovation, re-prioritize phases and add approximately $6 million of project scope, all without impacting the overall project schedule.

The greatest pressure on the team was related to the schedule. Not only did the hospital need the space as quickly as possible, they also couldn't afford to give up too much space at once. The goal was to balance renovating as much space as the hospital could handle while keeping as much space online as possible. The last planner system with pull planning, look ahead schedules and percent plan complete were used to create and monitor the schedule and phasing plan. Then, the team developed a process for identifying concealed conditions earlier, before demolition, so the information could be incorporated into the design and shop drawings, and then the systems were fabricated. By spending more time upfront in the coordination and planning process, the team eliminated time typically spent waiting on information and material deliveries and compressed the overall duration that the space was taken offline from use by the hospital.

Understanding the impact of excellence vs perfection

During a renovation project, construction activities are by nature disruptive, not only from the perspective of capturing spaces that clients are accustomed to using, but also with respect to concerns related to infection control and noise. While prefabrication can mitigate some of these concerns, it isn't easy to bring prefabricated materials into and through an operating hospital. And it doesn't address the unknown and unforeseen conditions that are usually hidden within the walls and above ceilings that are frequently unveiled during demolition. Not finding these conditions until after construction begins usually leads to reactionary problem solving, often resulting in utility shutdowns that impact the client last-minute and presented as necessary to maintain the schedule or, worse, the schedule is drawn out due to work held up by existing conditions.

At Palos, Pepper took the unknown variables out of the equation. Through early identification of the constraints, the team modeled all existing utilities that would remain, coordinated around them prior to capturing a space and then used the model to inform decisions for routing the new systems. Laser scanning was used to pinpoint precise locations for existing overhead MEP systems. Including laser scanning and BIM coordination activities after demolition started would only prolong the construction schedule. As a result, design-assist contractors investigated existing spaces during non-peak hours of hospital operation and traced out piping, ductwork and conduit by removing one ceiling tile at a time. This process was the best way to minimize disruption to the hospital, and most importantly, the investigation allowed the team to fully understand where systems fed, what areas were served that weren't in upcoming phases and how to best coordinate around them.

The modeling work was not intended to produce exact representations of existing conditions, but rather for coordination and to help inform decisions on new system routing, utility shutdowns and prioritization of work. Through the coordination process, new system installations were modeled based on timing and what needed to remain active during construction.

For example, ductwork was routed out of the corridor and into rooms in order to maintain existing and active electrical conduit rack. This is not typical, but the goal was to minimize disruptions to the adjacent departments and to hit the ground running with new installations. The end result was that for an area of 22,000 square feet, the MEP rough-in schedule was reduced by 25 percent and installations were completed in less than 3 weeks, including coordination around existing medical gas and electrical that remained active to serve other parts of the hospital. Pepper was able to start drywall a week earlier than scheduled because overhead installations were thoroughly planned and installed ahead of schedule.

Another significant challenge for the team was the renovation of the dietary space. When planning for how construction activities will impact a hospital, the kitchen and dining areas aren't the first that come to mind - like patient rooms and emergency and surgical space. But meals are an important part of the patient experience, and it's not feasible to modify their diets just because there's a renovation going on.

The renovation meant kitchen equipment would be taken offline, which could impact the menu. Further, the original plan was to use disposable dishes for a period of time while the dishwasher was out of service. Understanding that this was not a sustainable solution, the team looked for alternative solutions. Using BIM to plan temporary utility feeds for steam, ductwork and electrical connections, they eliminated the need to use plastic dishes. They were able to identify a temporary solution that moved the dishwasher by only a couple of feet to allow it to remain operational, and they also presented ideas to the hospital for expanding the scope to a complete renovation instead of a partial renovation. 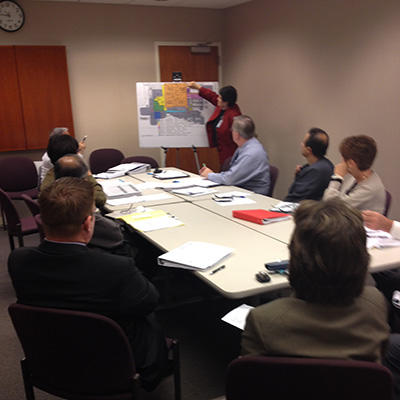 While the additional space was identified for a future project, moving ahead while the space was captured not only saved time disrupting hospital operations but also saved money. They were able to accomplish additional scope without adding time to the overall schedule. An additional challenge came when the hospital decided to transition to a room service delivery model in the middle of the renovation, and because of the amount of planning and resulting solutions, the team was able to accommodate the hospital's operational change.

Helping the hospital stay committed to its patients

For a project like this, where every part of the hospital was re-worked, it would have been easier to build a new hospital. But through the team's diligence and problem-solving, they were able to keep the original campus location and maintain all of the services on campus, both during and after the project – staying true to the community and its patients.

How technology enables a lean approach to construction