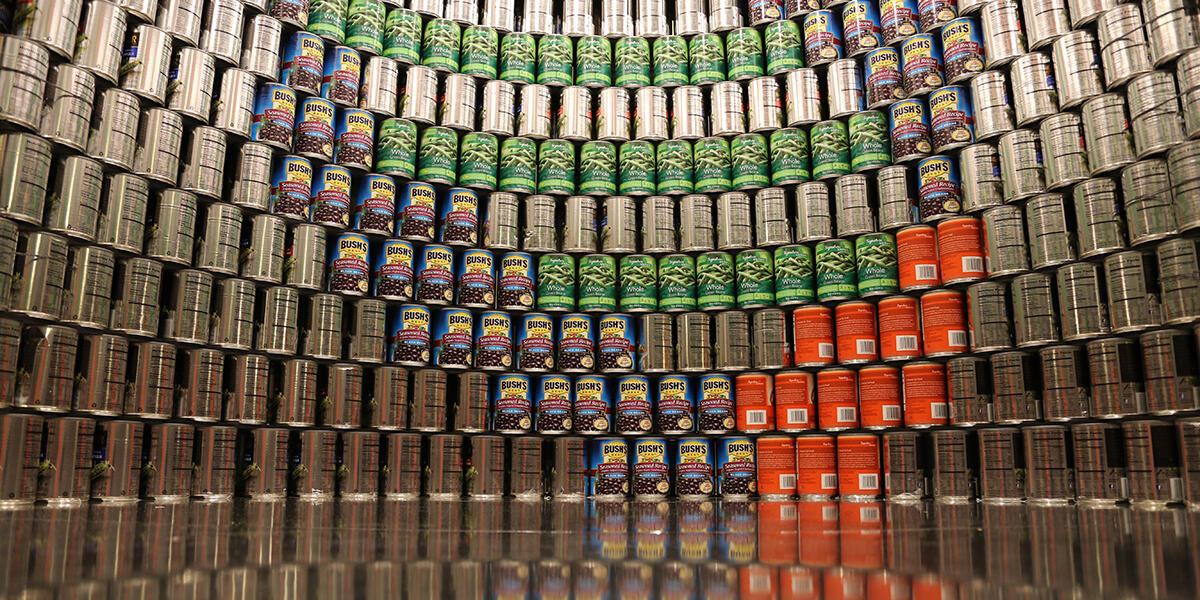 Pepper flavors the fight against hunger

What happens when you invite architecture and engineering firms to join construction companies in an effort to help feed the more than 800,000 local residents who go to bed hungry every night? You get Canstruction – an event that unites art, innovation and hunger relief.

This year our Chicago office once again partnered with Stantec (formerly VOA) and 17 other teams in donating more than 50 tons of canned food to the Greater Chicago Food Depository, a nonprofit food distribution and training center that provides food for hungry people while striving to end hunger in Cook County. But before these cans reached the local community, they were turned into amazing “cansculptures” and judged in categories such as Structural Ingenuity, Best Use of Labels and Best Meal. 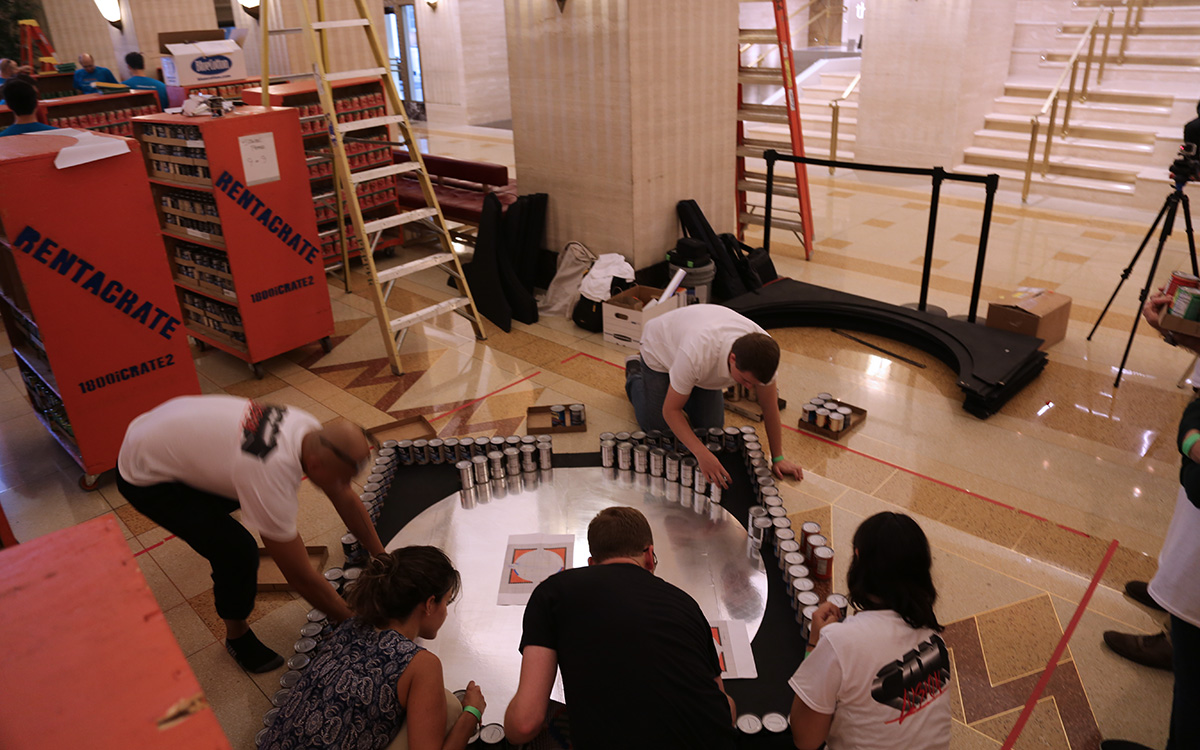 The Pepper / Stantec team created CANlusion – a physical exploration of optics through space, repetition and reflection. The neutral exterior represents a container that holds diverse content and provides energy for infinite possibilities. When looking through an opening in the structure, the creative use of lighting and mirror film forms the illusion that the patterned design – and the cans that create it – continue on and are available in endless supply to feed those in need. As the runner-up in all three of the categories mentioned above, CANlusion was awarded Honorable Mention and received special recognition from the judges.

“It’s truly a privilege and an honor to support Canstruction and all it represents,” said Tony Smaniotto, Director of Business Development. “The program is particularly important to me as a GCFD supporter and volunteer for more than 20 years. I was fascinated by the level of creativity that the teams demonstrated and so proud of what we all contributed to this effort.”

Along with the fun creativity, there were also a few nerve wracking moments as our structure took shape, including choosing a spot to do our mock build before the final installation at Chicago’s Merchandise Mart. We needed a space that was large enough to store all the required cans, gave us enough room to work and would support the 3-ton weight. We settled on the lobby of Pepper’s Chicago office, which also helped to increase awareness by putting our efforts on full display for employees and visitors. 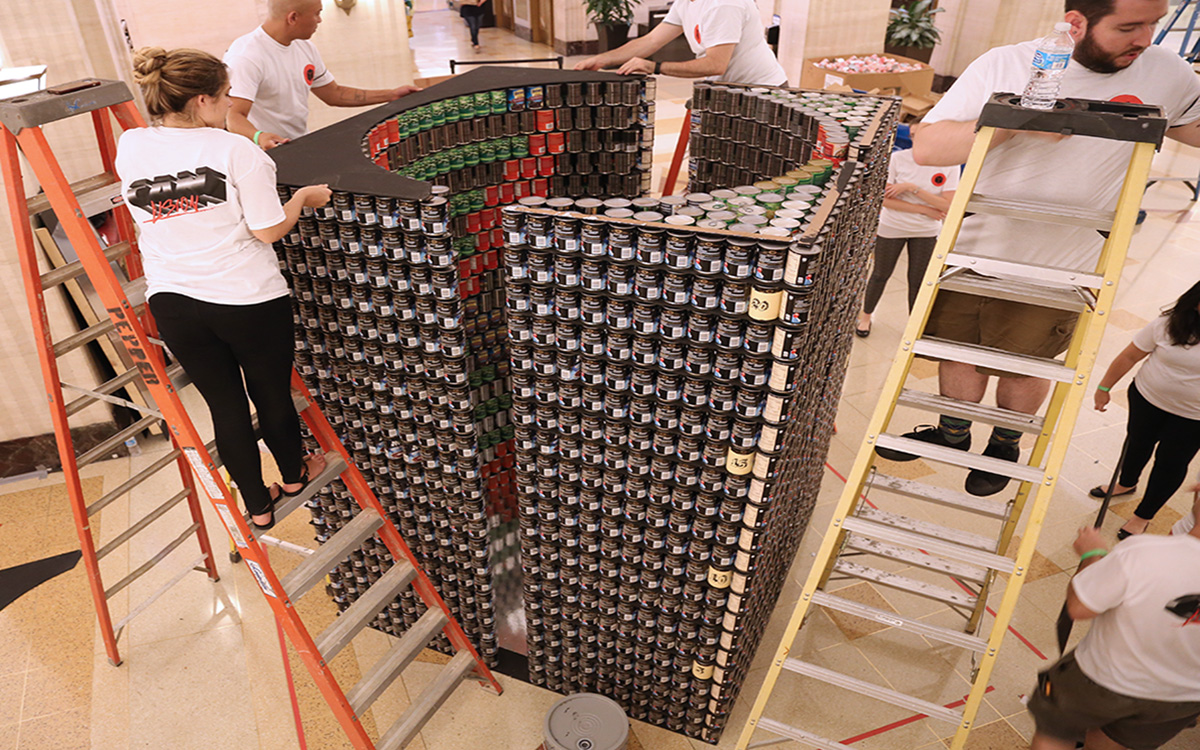 “This was my first year being involved and there were definitely both expected and unexpected challenges,” said Elaine Mariscal, Marketing Group Coordinator, who led the Pepper team with Tony. “In addition to being rewarding, it was a great learning experience and I can’t wait to get started on next year’s program!”

Pepper has been a long-time supporter of the Canstruction program in both Chicago and Indianapolis. In addition to Tony and Elaine, this year’s team included Ernesto Almazan, Jorge Almazo, Sidney Amsdill (intern), Amy Iversen, Allison Martone, John Mueting (intern), Jessie Mumgaard, Molly Pancratz, Josh Singsank and Anthony Vasquez. All employees at Stantec and in Pepper’s Chicago and Barrington offices were able to get involved by donating toward the $5,800 we spent to purchase the 5,296 cans of food used to create CANlusion.

Helping a veteran find a way back home