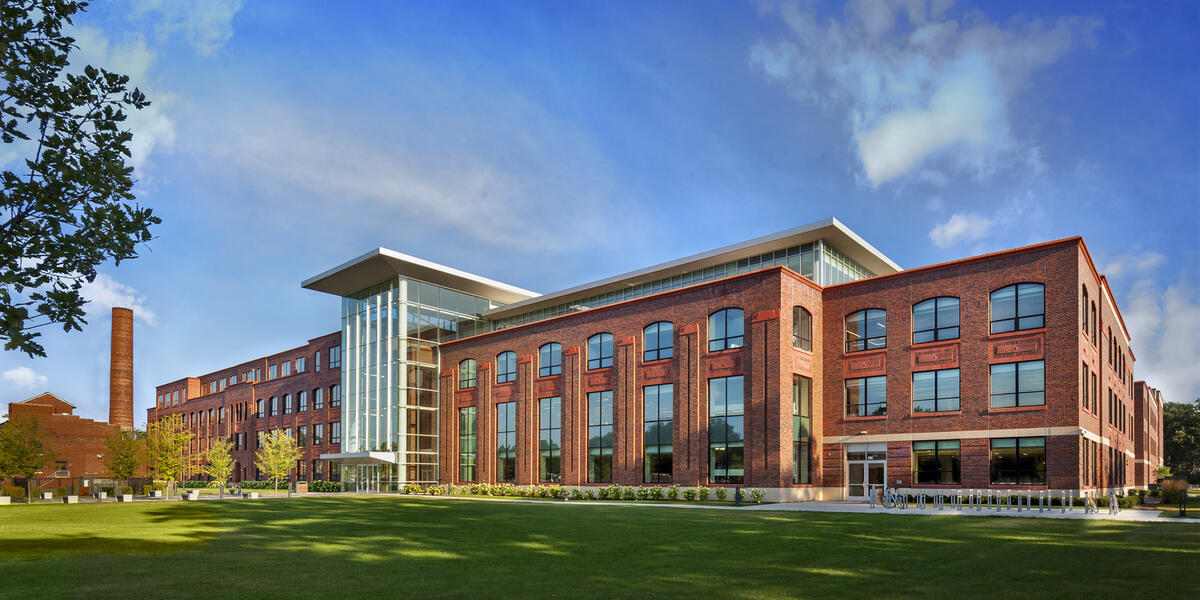 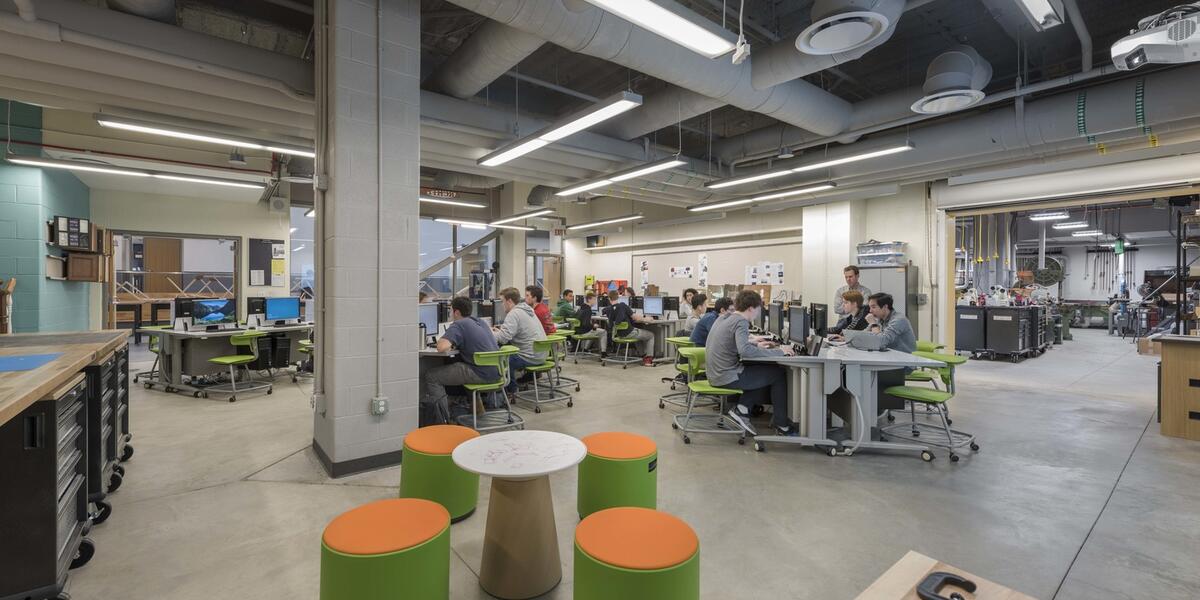 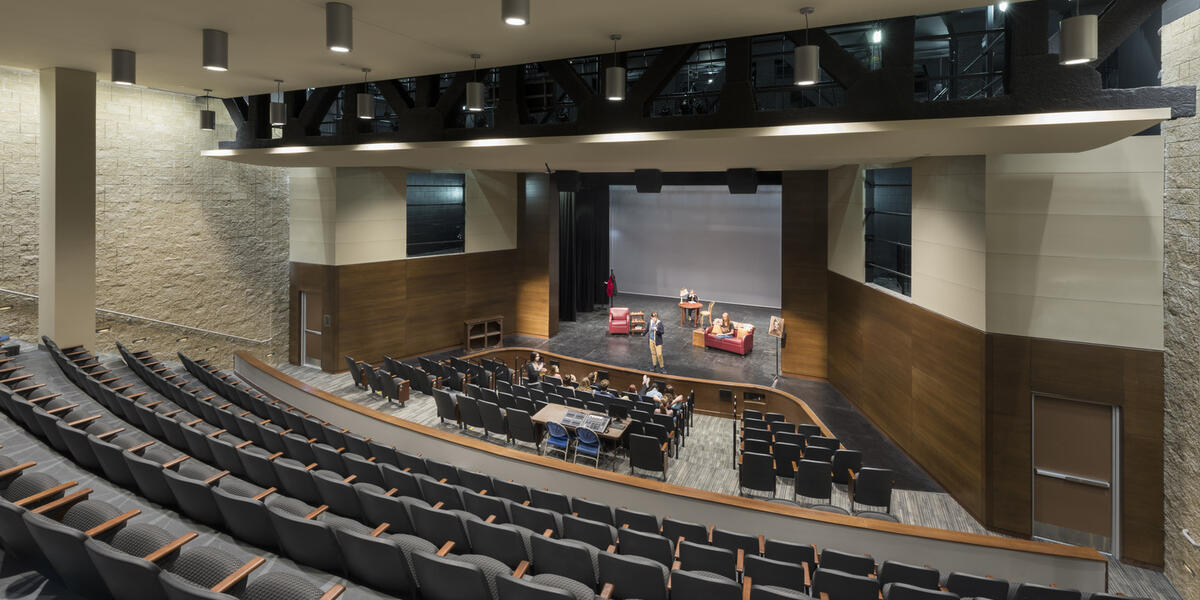 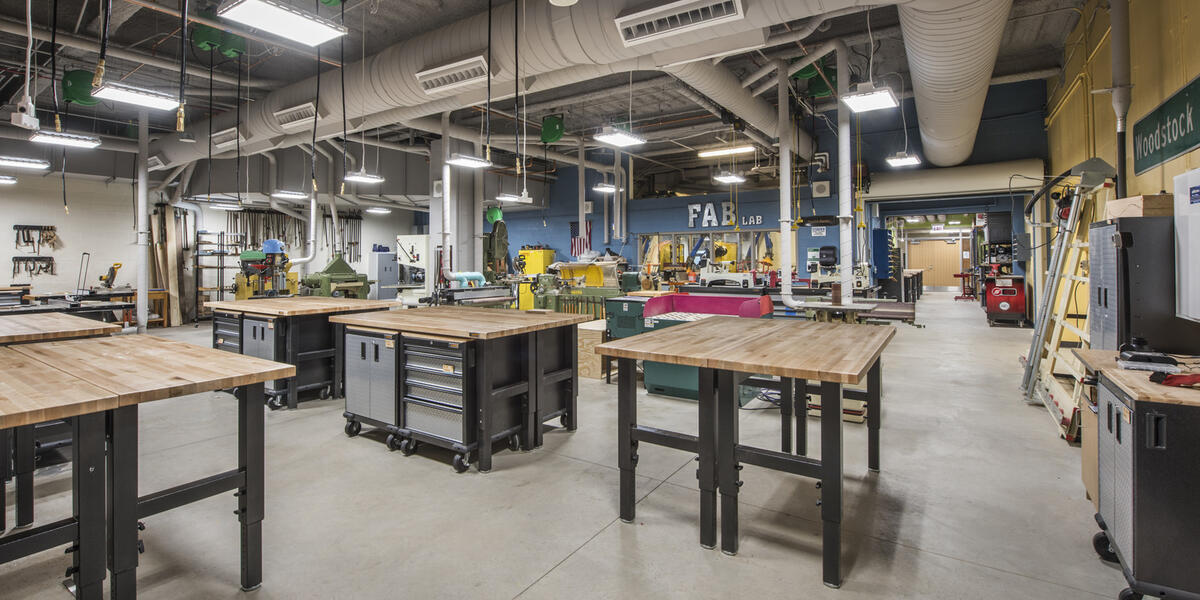 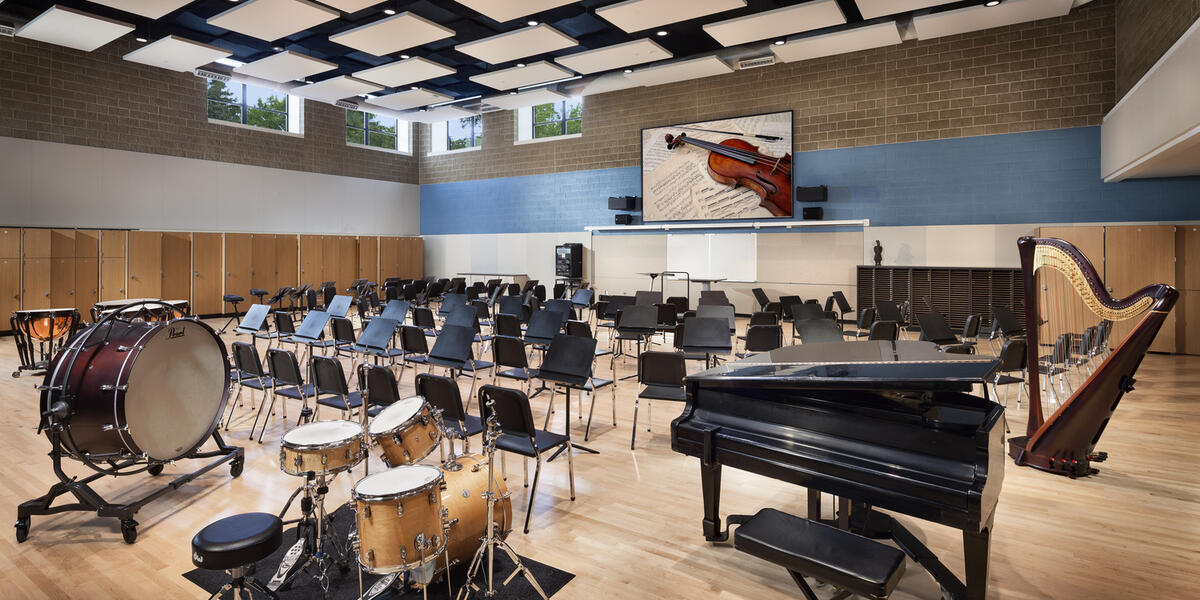 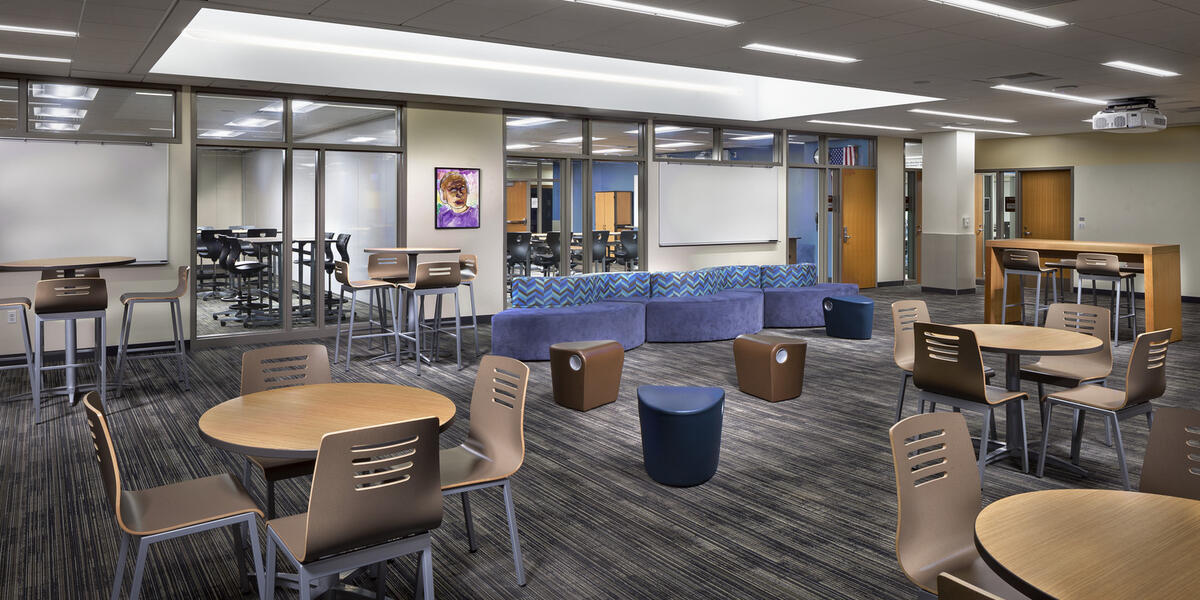 Five keys to partnering through a K-12 referendum process

After projects were put on hold during the recession, many of today's k-12 schools are in need of immediate and costly upgrades to keep up with 21st century learning and evolving educational technology. Since these types of projects are funded by taxpayers, they require a referendum vote to proceed. Under the microscope of their constituents, school districts are learning how to navigate the referendum process and develop accurate, cost-effective programs.

In 2015, the planning efforts for the large-scale, multi-phased renovation and expansion of the New Trier High School Winnetka West Campus were rewarded with a passing vote, and Pepper supported them at every step. When completed, the project increased space and modernized the iconic school facility.

The project included demolition of three of the school’s oldest buildings – a 1912 cafeteria, 1931 tech arts building and 1950 music building – and replaced them with a four-story, 300,000-square-foot structure on the same site, but at more than twice the size of the original structures. In addition to 25 classrooms, the completed building houses three science labs, a fine-arts facility, an applied arts program, STEM laboratories, a cafeteria and a lobby. 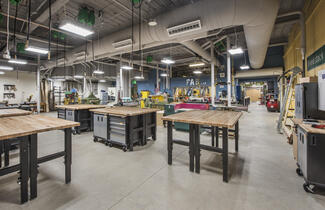 Pepper partnered with New Trier and Wight & Company prior to the $89 million referendum passing. After hosting architectural competitions, New Trier had their design concept but didn’t yet understand how everything would fit together logistically to meet the financial promise made to the tax payers.

This is where Pepper stepped in. We developed early concept estimates based on Wight’s block-style floor plans as well as feasibility and constructability studies to ensure they were meeting their program needs. The site has extremely tight logistics and we helped to piece everything together with additional space planning to provide the most cost-effective approach for the new building while also improving existing facilities. Throughout the design process, we completed constructability and design reviews to help save time and money, and to understand how each decision impacted their commitment to the referendum.

Immediately after the referendum passed, our team developed several early packages that were necessary in order to get the process started – such as temporary classroom and MEP infrastructure applications to prepare for the new addition. Within five weeks, the classrooms were set up and ready for students. Since Pepper also works in markets other than K-12, we were able to leverage our multiple relationships with quality local subcontractors in support of the public project procurement process. As a result, our team remained on-track with our pre-referendum budget and schedule.

Pepper supported New Trier throughout both the pre-referendum and construction processes.

In the early planning stages during the community engagement process, Pepper and the design team developed options that would allow the district to avoid disrupting the educational needs of the students during the construction process. This was balanced with the cost constraints and design development timeframe needed. We were able to finalize a plan that allowed 40% of the new addition to be used halfway through the project, providing the necessary swing space to maintain all educational programs throughout the 26-month project.

Pepper and the design team worked closely together with the owner to strategize the phased bidding process that allowed for coordinated completion of the design documents while maintaining an extremely accelerated construction schedule. This also allowed the district to recognize savings to their budget by procuring materials and vendors at the optimal time during the bidding seasons.

From the pre-referendum stage to completion of the final Bid Period #9, Pepper and the team maintained a comprehensive budget alignment log. This tool and process was instrumental in giving the district options and necessary details to make informed decisions consistent with their promises to the community, while also being responsible stewards of the tax payers’ dollars. This overall process allowed for transparency from the administration, facility steering committee, Board of Education and the community.

Working with the district business manager and the design team, we were able to accurately predict the investment cash flow of the overall $100 million dollar project. This provided the district with valuable information during the bond issuance process that helped reduce the amount of interest paid on the debt issuance.

Pepper attended various community meetings to help answer questions related to schedule, safety and logistics to ensure the voters were well informed during the pre-referendum process leading up to the successful ballot. In addition, we were a partner in navigating the necessary inter-governmental approval process to ensure that the construction program would meet or exceed the local municipality’s expectations. 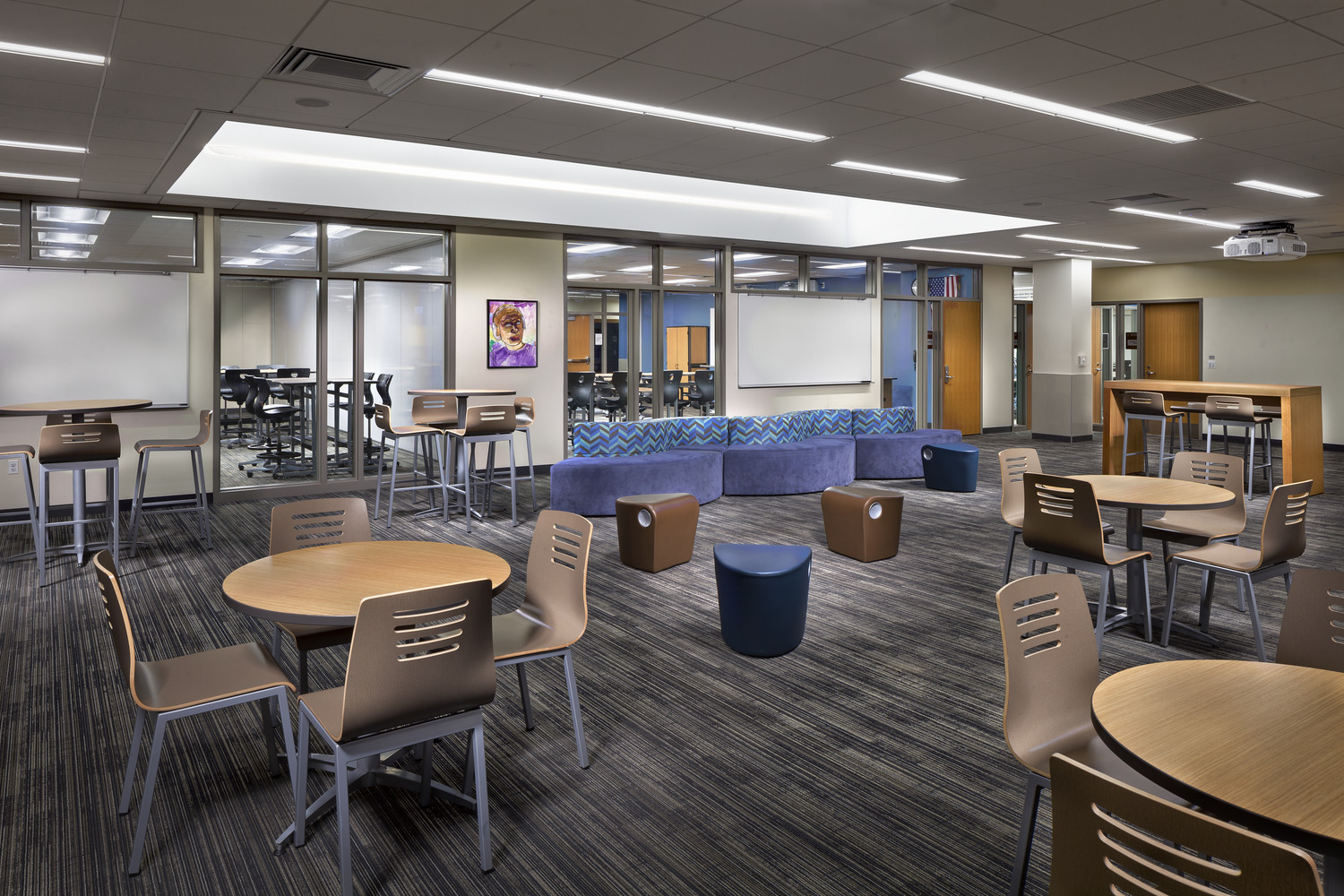 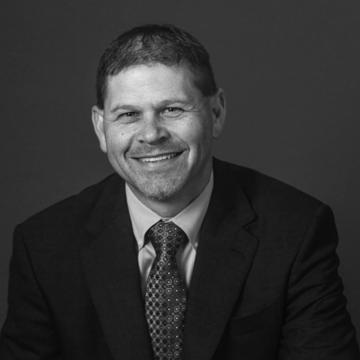 As executive vice president, Jay has responsibility for Operations at our Barrington office. Most recently in his role as senior vice president, he oversaw the continued growth of our K-12 and manufacturing, distribution and warehouse markets while also playing key roles with our safety and quality teams. Jay’s career in construction began more than 25 years ago with a Bachelor of Science in Mechanical Engineering from Southern Illinois University. Since joining Pepper Construction, Jay has developed a broad level of experience in a wide variety of markets, including healthcare, retail, commercial and institutional work. In addition, he has managed our self-perform market, expanding the reach of these services beyond Pepper Construction projects and developing the infrastructure and team that support it.

How viable is your construction budget?