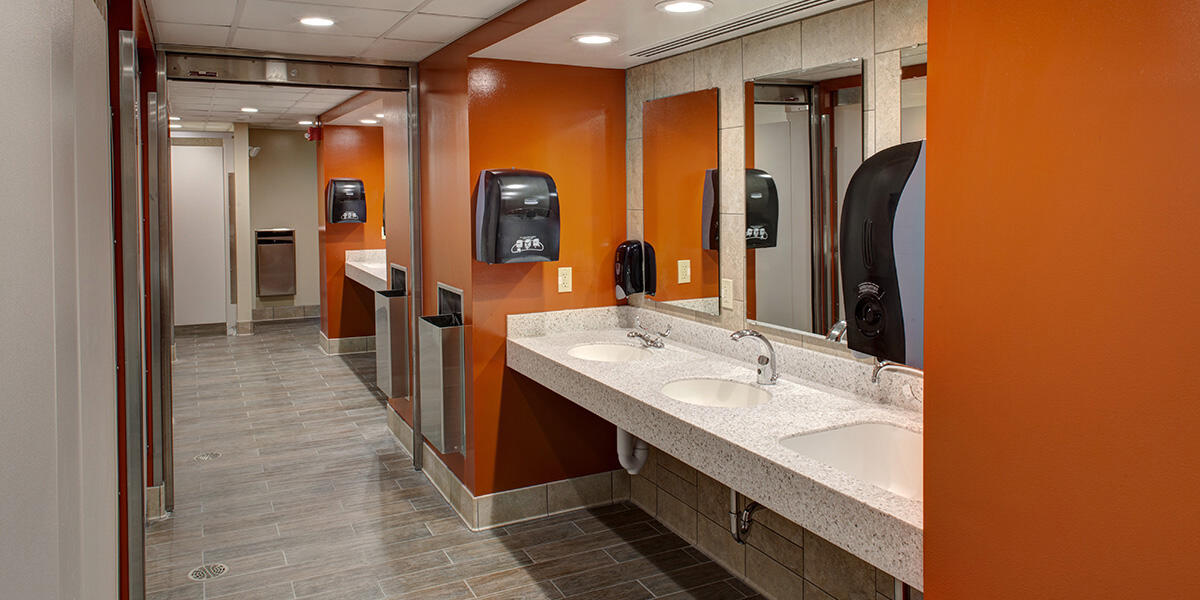 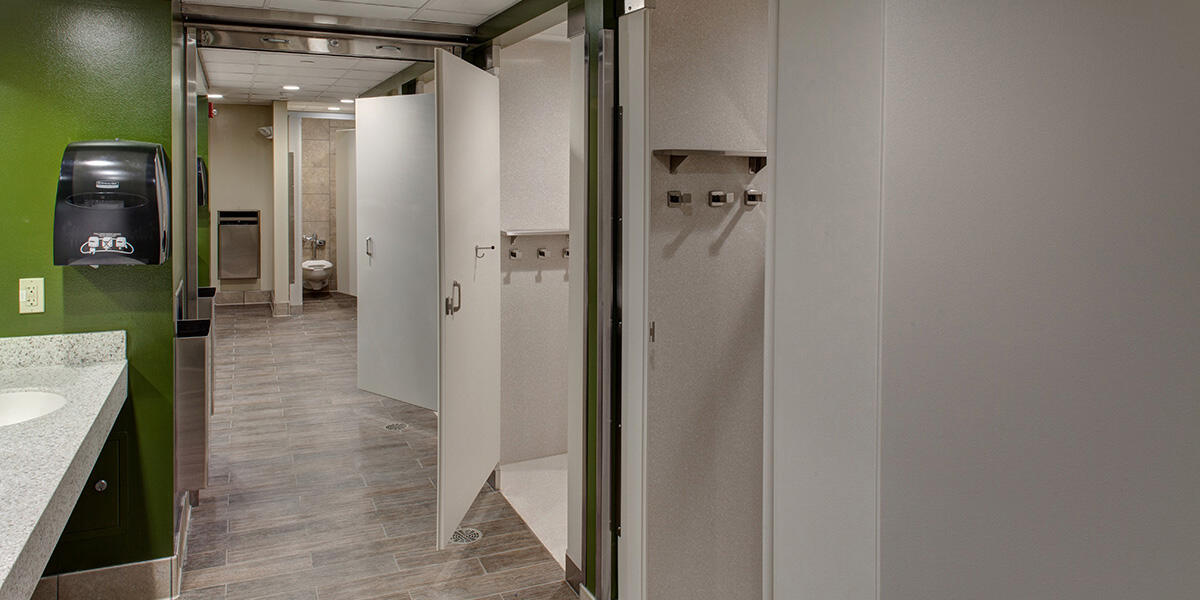 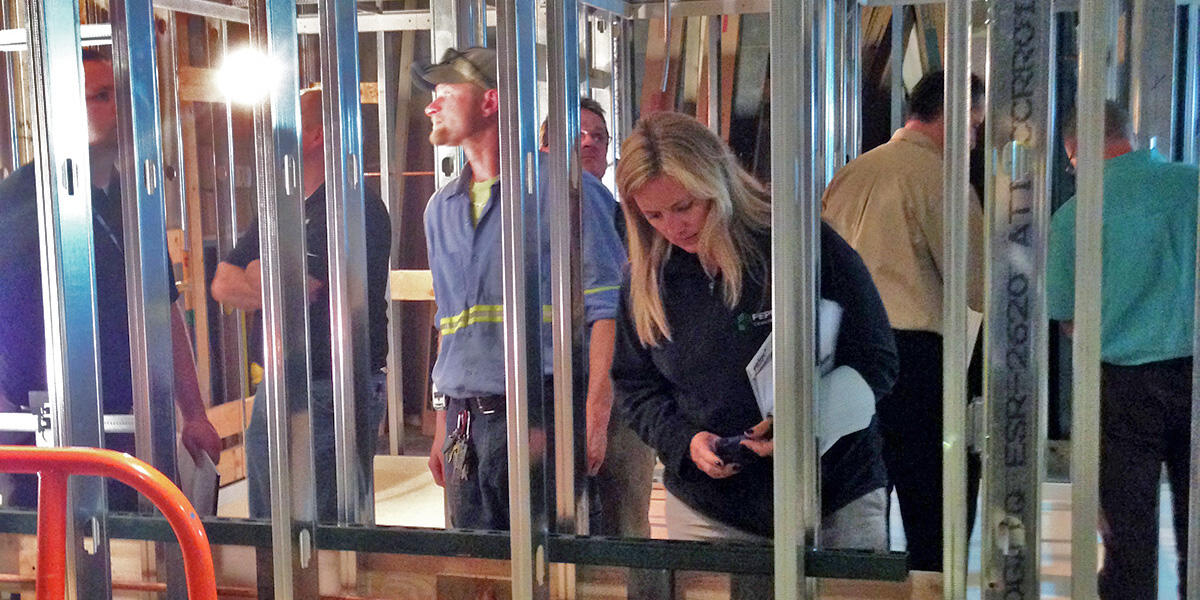 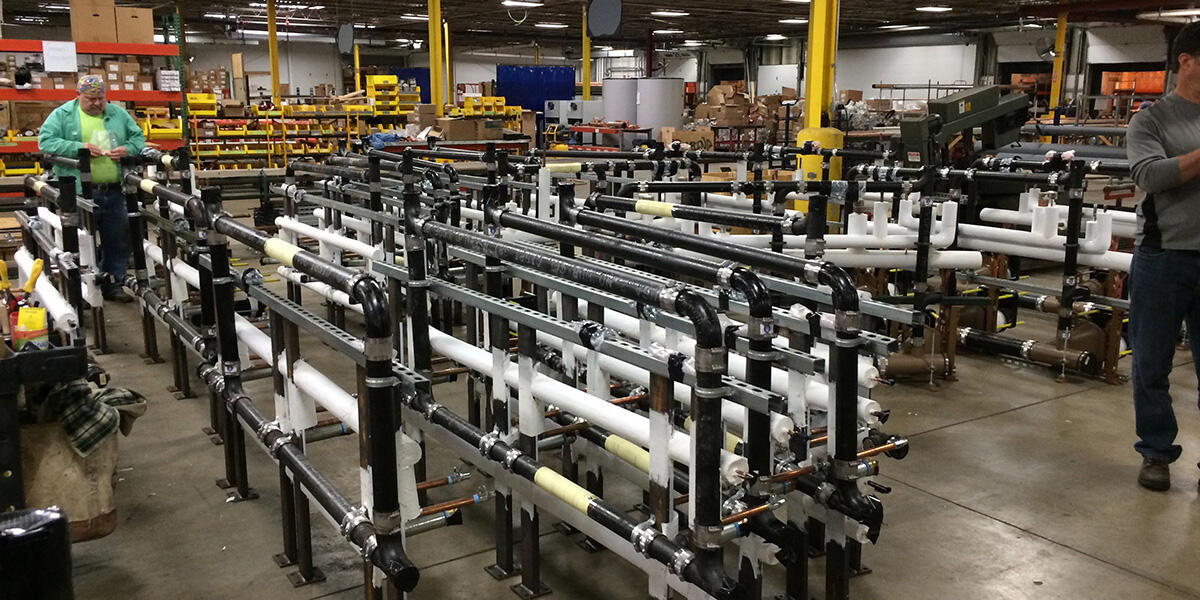 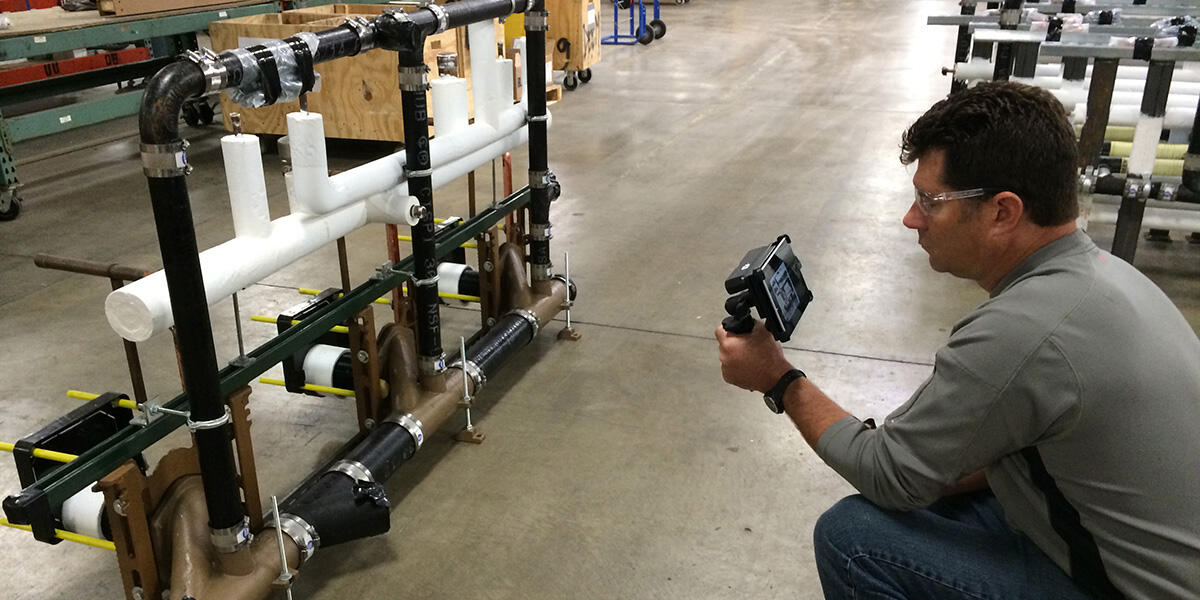 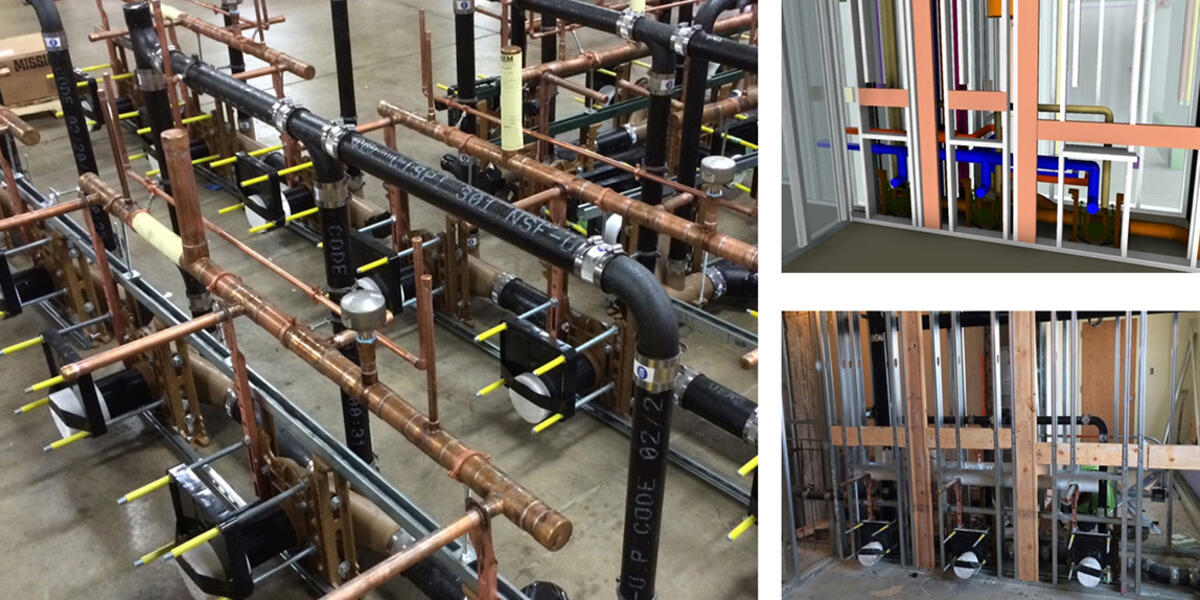 For students, summer is a time to slow down, take a break from studies and earn money for the following year. But that’s when university architects and facilities staff are busiest. As soon as the students leave campus, projects begin. The summer is a finite window to get everything done, making schedule the priority.

When the first two phases to renovate half of Purdue University’s Harrison Residence Hall restrooms resulted in significant design changes and project delays, the university changed the delivery method for the third phase from design-bid-build to design-build. And they hired Pepper to gut and remodel the other half of restrooms over one summer - all eight floors in a 12-week time frame.

Additionally, the university chose the design-build delivery method through a proposal process that committed us to meeting their design, price and schedule. Designed to accommodate as many students as possible meant durability and efficiency were priorities. Purdue had several non-negotiable requirements for the project:

01   The design and construction process needed to stay within the set budget.

02   The design and execution needed to be environmentally responsible.

03   The project had to be completed over a 12-week period during the summer months and before students returned to campus.

All eight floors of restrooms had to be completely gutted down to the studs, removing all existing MEP systems and finishes. Then, restrooms they were built back to code and refreshed with a new design. The Pepper team knew every detail of every pipe installation and sequence of events had to be planned down to the day. There was no room in the schedule for re-work or making significant field corrections.

We also knew that the traditional method for maintaining quality and consistency is to employ the same crew members working down the building floor-by-floor. But doing so would not meet the schedule. So for this kind of delivery we had to build other quality control measures into our plan to ensure all systems were installed correctly the first time and on time. There was no room for re-work or making significant field corrections. How did we do it?

01.  Starting with a good design

During the design phase, the Pepper design-build team presented multiple design options to Purdue. Each option was evaluated for compliance with the overall design criteria and also the benefits it brought to the construction schedule, the overall cost, and the level to which it incorporated environmentally sensitive and durable products and processes. Water efficient plumbing fixtures, energy efficient LED lighting with occupancy sensors and high efficiency pumps were utilized to maximize water and energy efficiency.

Materials such as large-format tiles were used because they are faster and cheaper to install and easier to clean, and they prevent growth of bacteria and reduce construction waste. The availability of products both quickly and regionally was even considered. For example, the large format tiles were available with a “quick ship” process, and the solid surface shower pans were chosen due to the close proximity of a fabricator.

During the design process, Pepper took the 2D drawings that Synthesis Architecture created and converted them to 3D with Revit. This was done for early clash detection as the design evolved. Every detail of the design was incorporated into the model, from piping to fixtures, to finishes and even to the shower curtains.

03.  PULLING back the schedule

The aggressive schedule was top of mind from the beginning so Pepper engaged our self perform group to account for the remaining conditions. The self perform group identified existing studs, and the team added the framing and blocking for mirrors, grab bars and toilet accessories to ensure consistency from floor to floor. They even diagrammed the space with prefabrication in mind by incorporating clearances for installation. The quality team was brought in to review the ADA details based on the shop drawings and to assist with the pull plan scheduling process. A combination of pull-planning and 4D modeling created a well-orchestrated schedule.

The superintendent, project manager and major contractors were invited into the process to help develop an accelerated schedule. They outlined the logic for construction and then identified where activities could be pulled back to meet the schedule. After the schedule was developed, it was placed into the model. Through the model, the team confirmed the schedule would work and also identified some conditions that were missed in the schedule, like exhaust duct risers.

04.  MOCKING IT up for the team to rEVIEW

Once the design and schedule were set, the team tested the plan with a physical mockup. Purdue University was invited to walk through the model to react to the design and placement of fixtures. The physical model also allowed the construction team to practice executing the work. No design changes were made, and the team was able to clarify installation questions. Then, to ensure the prefabricated systems would fit during installation, the team laser scanned the path of material delivery and incorporated that information into the model. The team was finally ready for construction.

Finally, the team introduced a new technology to assist during installation by verifying the plan would work. Knowing the systems needed to fit exact dimensions and that there was no room for error, Pepper decided to scan the systems after they were fabricated and before they were delivered to the site. The scanned dimensions were incorporated into the model to validate the prefabricated carriers would fit.

Laser scanners are beneficial in capturing existing conditions during renovations by planning for tie-ins; however, the tripod-mounted scanners are bulky, need multiple set-ups to scan different angles and require a minimum of 30 minutes per scan. Pepper decided to test a new hand-held tablet scanner which required no setup and reduced the time that it took to scan. The scans were completed in a matter of minutes by simply walking around the prefabricated materials. After incorporating the dimensions into the model, no adjustments were needed. Pepper was the first to use this technology, and we have used it on other projects since. The handheld scanner improved workflow and was cost-effective, versatile and user-friendly.

07.  BRINGING BIM TO THE FIELD

Once construction began, constant communication in the field kept the project moving on pace and ensured consistent installation on every floor. Pepper’s superintendent held bi-weekly meetings with contractors, and he posted the detailed shop drawings from the model on each floor for crews to reference.

The team pre-planned every detail and worked through the project with precision. The project was completed on time, within budget, and with no change orders using lean construction and BIM to plan and build. And we even found ways to pilot a new handheld laser scanner.

The Harrison Hall Restroom Renovation Phase III went well and was executed meticulously. But can we do it again? Absolutely! In fact, our team held several lessons learned sessions with contractors and our own tradespeople to review what went well and what could be improved. The plan didn’t require any significant changes, but we made a detailed list to build on our success for the next project.

How technology enables a lean approach to construction