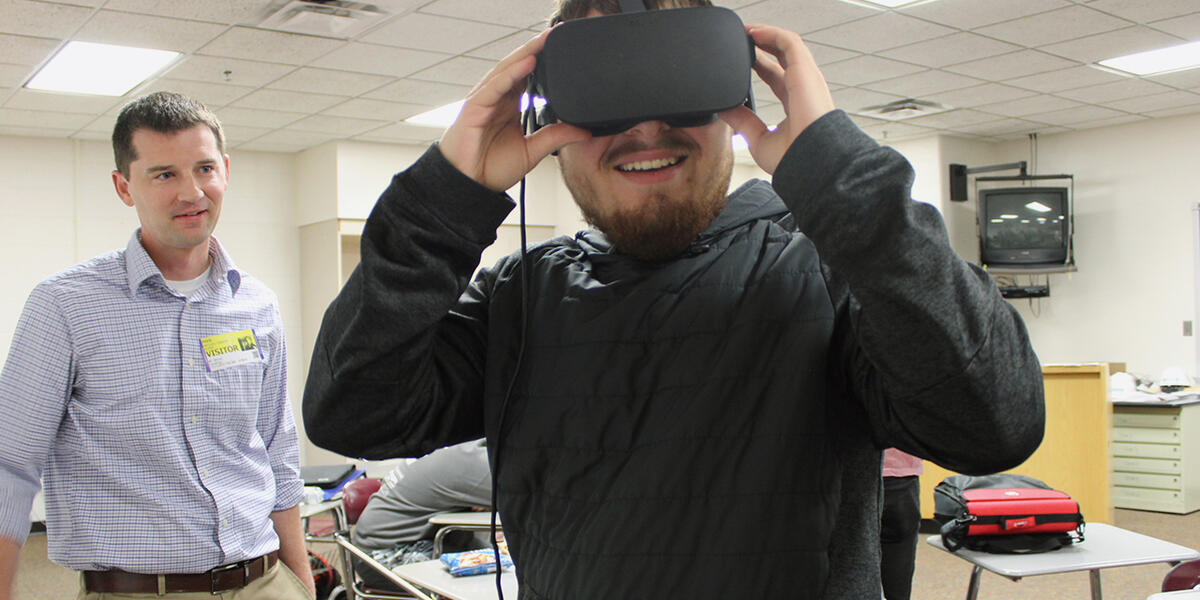 Introducing a new generation to construction during the labor shortage

When I was in high school, there was already an attitude that to be successful, you had to go to college. At one point, my parents even agreed. But luckily by the time I was finishing up high school they had a change of heart: they told me to do what I wanted.

I had the opportunity to learn about the trades in high school, and I knew I wanted to go into construction. I started as a carpenter's apprentice, and I never would have thought that in 25 years I'd be where I am today – helping lead others as a senior superintendent at a company like Pepper Construction.

I was reminded of my own journey recently when my colleagues Anthony White, Mike Alder and I visited a construction trades class at Pendleton Heights High School. Standing in front of young teenagers, answering their questions about the technology, job prospects and paths to success gave me hope for the future of the industry.

Unfortunately, there are still stigmas about becoming a carpenter or laborer, and the fallout from the 2008 financial crisis still affects our workforce today. Despite the labor shortage, countless people are committed to bringing talent onto our jobsites so that we can deliver quality service to our clients. One of the most promising ways we can do that is to empower the next generation of workers, and the passion and curiosity I see when I visit high school students is refreshing.

It also shows me their potential.

Pepper isn't the only company that feels challenges from the labor shortage – it's an industry-wide problem.

According to the Associated General Contractors of America's 2019 Workforce Survey, 80 percent of construction firms reported experiencing a hard time filling craft positions. Thirty-five percent of contractors predicted it would continue to be hard to fill craft positions over the next 12 months and 38 percent thought it would become even harder to hire talent.

As the nation dealt with the financial crisis back in 2008, construction work slowed, tradespeople were laid off and people left the industry. Many never returned, and young people heard the message that a college education was the best bet to job stability.

Over a decade later, older tradespeople either never returned or they're now retiring. The larger problem? There's a smaller number of young workers to replace them.

But young people are facing a crippling reality: college is expensive. It's practically expected that most students will need to borrow at least some money to go to college, with the average student loan debt surpassing $32,000, according to the Federal Reserve.

I think more students are starting to wonder if that's the right route for them. We have an opportunity to show young people the benefits of learning a trade, like doing an apprenticeship without student loans and walking out making $30 to $50 an hour. My biggest goal is to show them the options out there.

Reaching a new generation of tradespeople

The trade program at Pendleton Heights High School has mirrored what I've seen in the industry: following the 2008 recession, the program took a 10-year hiatus as schools all over emphasized four-year college degrees. After a decade, the Pendleton administration recognized the growing worker shortage and that students were interested in the trades. So the school resurrected the construction trades program in the 2018-19 school year.

Now students in the program do a combination of classroom work and real jobsite experience on projects for customers within their community. It's an immersive learning environment that few schools can offer today.

Regardless of class offerings, though, many students ask themselves, "What will I do after graduation?"

It's a confusing age, and many people don't even know where to start to get a job in construction.  So when we visited the Pendleton class, we didn't want to go with a prepared speech or "sell" them on the industry. Clearly, they already had an interest in construction trades, so the goal for us was to have an honest conversation where we could answer their questions.

"We, as instructors, tell students daily how many jobs are out there available and waiting for someone just like them to fill. Being honest, though, did you believe everything you heard as a teenager? So being able to have Pepper Construction visit our students helps to make what we preach more of a reality,"

The students asked loads of questions about the differences between different trades, apprenticeships, project management, salaries, working in the field and technology. And we gave honest answers.

"The biggest thing is it was letting them know the state of the industry. Everyone needs trades, and I think talking through how going to college helps you become a project manager but that may not be the best path for everyone really encourages them to find the best fit. There are options out there and there are different avenues to become a leader."

The depth of their questions show that the next generation is thinking seriously about their futures. They're trying to navigate their options, so we have a responsibility to share our insights and tackle stigmas about the trades – especially since the industry is changing.

Building a connection through technology

I can't tell you how many people I worked side-by-side with who jumped right into computers as soon as the 2008 recession hit. Many never looked back at construction, but the reality is that technology is a huge part of what we do now.

It's taken awhile for the industry to embrace tech – and some people or firms still struggle. Teenagers and young adults grew up surrounded by technology, yet they may not even know how we're utilizing and developing innovative programs.

One of the easiest (and most entertaining) ways to show people construction is more than power tools and excavators is to break out the virtual reality headset. Viewing models and seeing a "finished" project before it's been built connects with them. It's a fun way to open the door to talk about other advancements like Underground Utilities Damage Prevention, 4D scheduling and technology in the field.

"Today's construction industry is nothing like it was 20, 10 or even five years ago. Modern technology has infiltrated the construction industry and thus, making it a point of interest for many younger students to consider for a career. Contractors, such as Pepper Construction, visiting schools and demonstrating how modern technology is making work sites more technically advanced and efficient is sparking interest in younger students."

Getting the word out and showcasing innovation is on everyone's minds. I've visited at least 10 schools and career events in the last year or two. The right people are out there; we just have to let them know what we have to offer.

And in case you didn't notice, we're looking for new talent, so feel free to check our openings and apply. 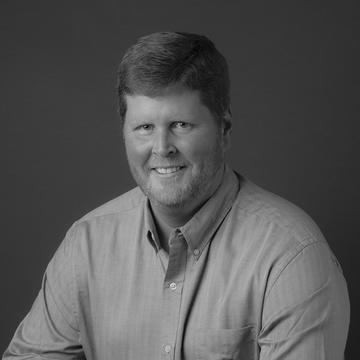 Jason Johnson has been bringing quality craftsmanship to projects for more than 25 years, the last four with Pepper. He started his career out of high school as a carpenters apprentice before being promoted to foreman early in his career. As senior superintendent, Jason is a leader in Pepper’s Self-Perform Group. Jason is an advocate for continuous learning and his community through volunteering with Rebuilding Together, speaking with high school and college students about the industry, and taking internal and external leadership courses.

To 4D or not 4D, that is the question

Building relationships and communication with tradespeople