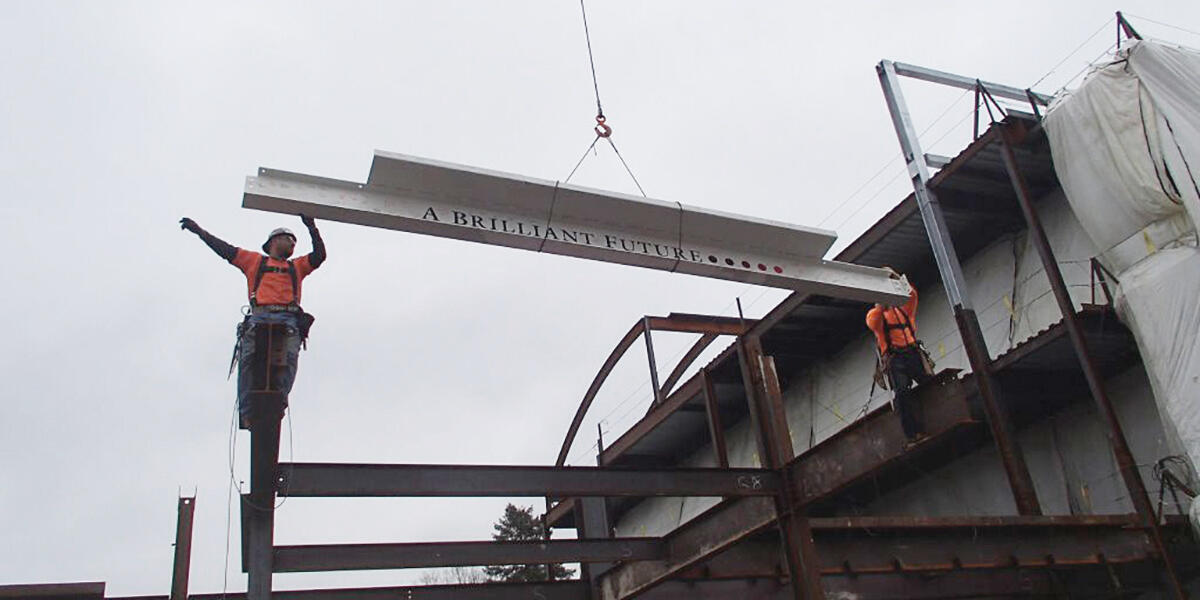 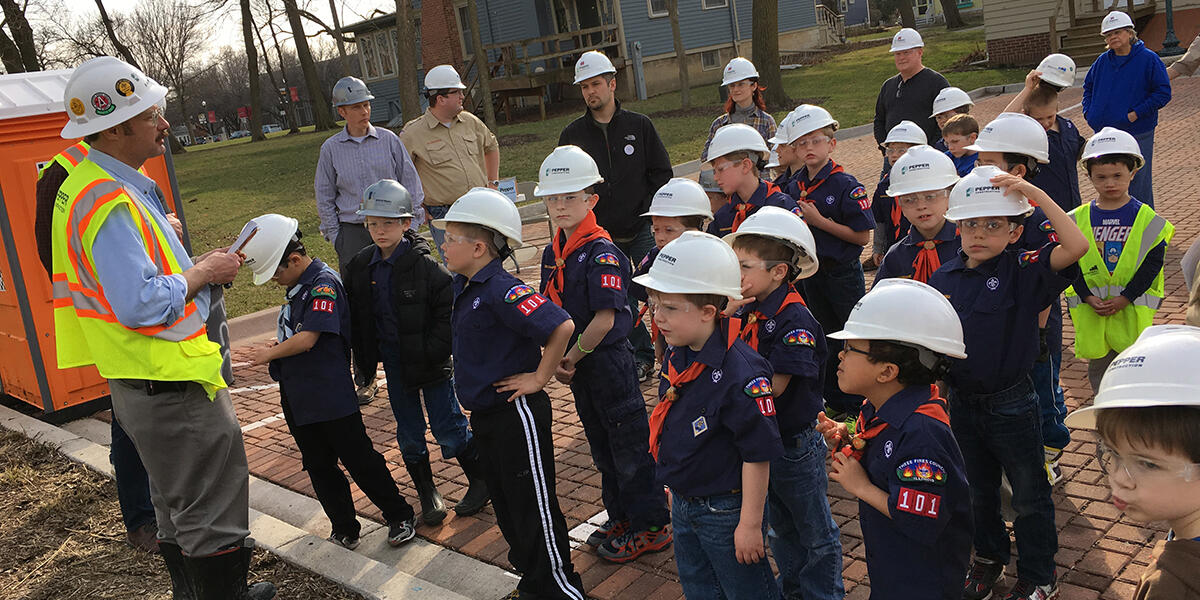 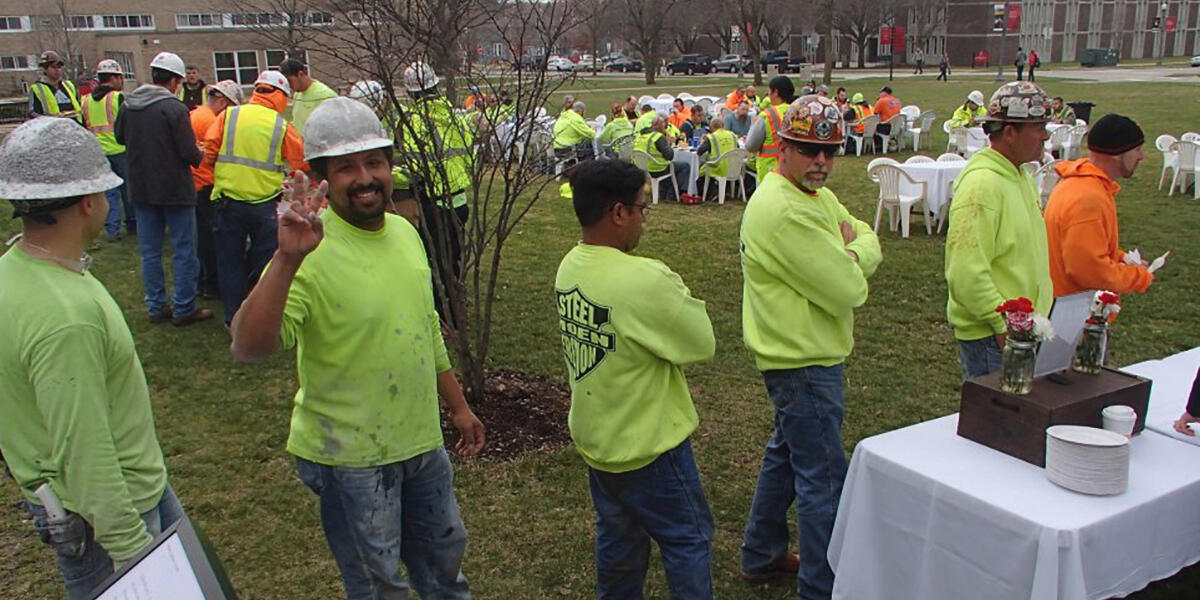 The Pepper team helped North Central College (NCC) reach a major milestone on their new, state-of-the-art science facility with a Topping-Out celebration on March 14, 2016. Students, faculty, staff, members of the Board of Trustees and the college community were invited to join the celebration and took part in the customary signing of the final white beam, prominently labeled with “A Brilliant Future,” the school’s motif for its new educational campaign.

The fun continued the following day when Pepper invited the Tiger Scouts (Naperville Pack 101, Dens 3 & 7) to visit the NCC construction site. The scouts received a tour with an explanation of the building process and a strong emphasis on safety. Each boy was thrilled to be fitted with his own hard hat! Pepper Project Executive Angela Wisker, whose son is part of the Tiger Scouts, stated that the scouts were talking about the site days after the tour and it will definitely be a lasting memory for them. Also, Angela got a promotion to “Coolest Mom” from the scouts. Not too shabby!

Safety is always Pepper's #1 priority and, after the Tiger Scout's visit, the construction crew at NCC attended a special luncheon to further promote a safe workplace.

This project is an integral part of NCC’s educational excellence campaign. NCC President Troy D. Hammond stated, “This will be the premier, multidisciplinary science facility in the Midwest. It is designed to ensure that it serves every student, of every major.”

The NCC Science Center is scheduled to be open for students by March 2017. Hammond stated, “This time next year, North Central College looks forward to holding a ribbon-cutting ceremony and tour.” The Pepper team looks forward to being part of the celebration.

The heart of a vision

Modeling the way for students