"Full of shadows, the space looked dull, brown and depressing. It felt like decay. The walls had been wet with water running down them for years."

When Project Director Ben Nikolin first entered the dank and run-down room in Union Station, he had different expectations than what the space would later become. The area was discovered several years earlier, but it wasn't until 2015 that Amtrak decided what they wanted to do with the space. By the time Pepper joined the project, the room was empty. A dropped acoustical ceiling had been dismantled, revealing the remnants of an ornate ceiling above, and the water issues were already being addressed.

For years, most who worked at Union Station never knew what was above that eight-foot acoustical ceiling, and even when it was exposed, its original grandeur was barely distinguishable beneath years of damage.

How the project came about

Chicago-based architecture firm Goettsch Partners has been working at Union Station since 2010. In 2012, they were conducting a life safety evaluation of the building when Principal Len Koroski first stepped foot into the Burlington Room. He recalls:

"The room was being used by Amtrak for paper storage and offices. I knew there was something historically significant hidden behind the acoustical ceiling tiles and office partitions. As we were evaluating the space, I looked straight up and caught a glimpse of ornamental columns 40 feet above. I turned around and saw the decorative murals on the wall."

That preview planted a seed of potential. For life safety reasons, the space had to be cleared out, and it provided a good opportunity to find out what was really there.

"Turns out, it was probably one of the most intact spaces in the building," explains Len.

Goettsch Partners provided an estimate early-on, but Amtrak wasn't quite ready to do anything. They considered leasing the space to a third party, but they also wanted to find a use for it that would be a good steward of its history.

In 2015, the plan came together. With the expansion of Amtrak's passenger base, they knew the Great Hall, which was originally under consideration for event space, needed to stay a passenger waiting area. That left funds to turn the Burlington Room into a space for meetings and special events.

Stepping back in time

When Union Station was originally conceived, it brought together four railway lines:

Opening in 1925, Union Station provided one central, covered place for travelers to catch a ride, and it expanded the footprint and capacity of previous facilities to handle more trains and passengers. It was a busy place. Since no trains passed through the station, everyone had to change trains to reach their final destinations. At its peak during World War II, the station handled up to 100,000 passengers daily. Today, the station sees even more traffic. 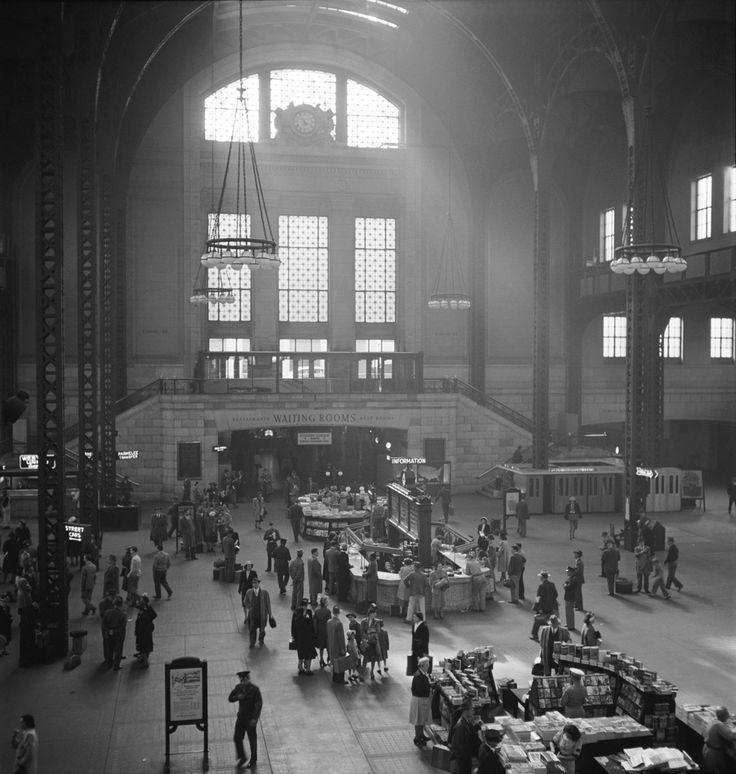 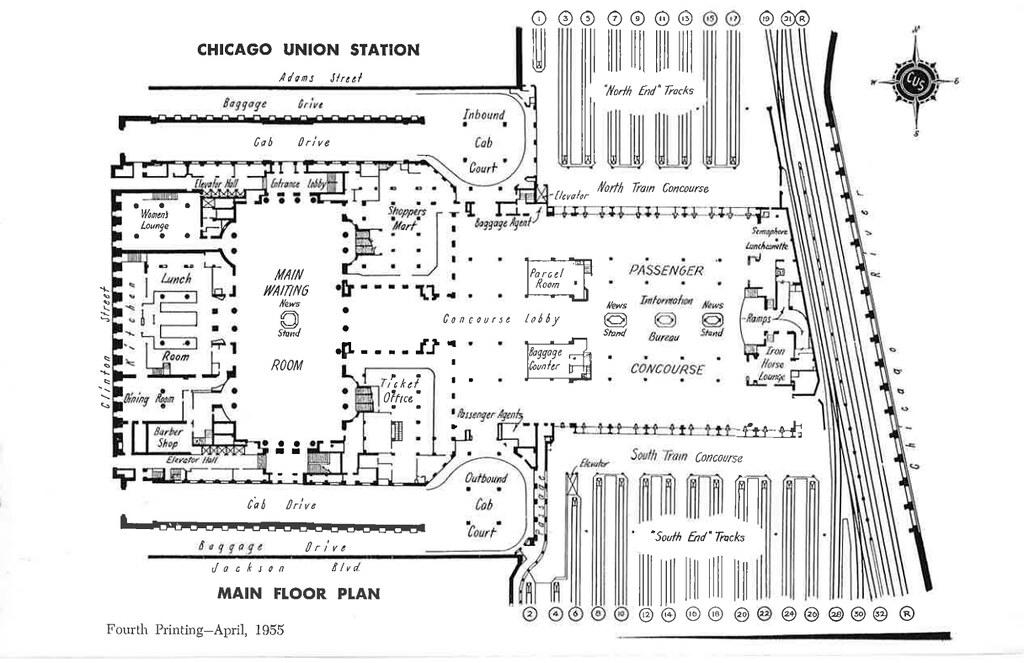 Located in the Headhouse off the Main Waiting Room (now known as the Great Hall) the Women's Lounge served as a separate space where women could wait for their trains. The area housed a salon with hair dressers, lavatories and toilet rooms.

As recorded by Chicagology, the Women's Lounge was considered simple, except for the top half of the room. Most of the décor was described as having subdued or restful characteristics, little ornamentation and being entirely plain.

In fact, embellishment has been limited entirely to the ceiling which is coffered with a Pompeian type of decoration in blues, yellows and dark reds, and to two large hangings of Belgian velvet in a deep red, which occupy about one-fourth of the upper half of the north and south walls.

From a restful respite to a restricted storeroom

In the original design, passengers could get a bite to eat at the Fred Harvey Restaurant located next to the Women's Lounge. That is, until the late 1970s when a fire burned the restaurant and kitchen. The smoke and water damage from putting out the fire also caused the demise of the Women's Lounge. 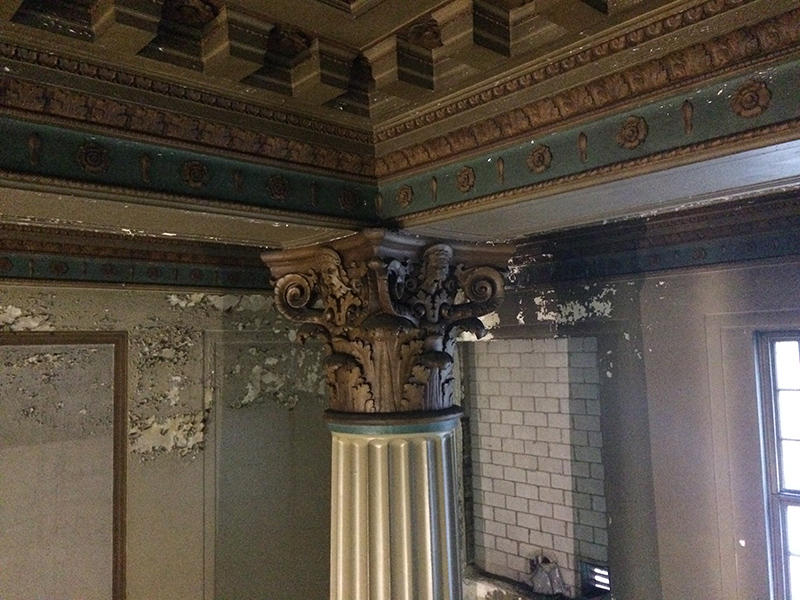 Images of the Burlington Room before restoration

Almost immediately, the plaster ceiling was punctured to suspend an 8-foot acoustical ceiling nearly 30 feet below to cover the damage. The original light fixtures were removed and stowed away in the basement. Closed to the public, the Women's Lounge lay dormant for almost 40 years. Amtrak used the room for storage and to house documents until it was uncovered in 2013. That's when Amtrak began to re-imagine the space.