A revitalization that continues to invest

In 2010, Pepper completed a $40 million restoration and historic preservation effort of the Charles H. Shaw Technology and Learning Center that earned the project LEED Platinum certification as well as the Richard H. Driehaus National Preservation Honor Award, presented by the National Trust for Historic Preservation.

The transformation is just as important to the community today as the day we turned over the keys. The building, constructed in 1905, was originally used as a power house that supplied heat and electricity to the Sears, Roebuck and Co. campus on the city's west side. The building design incorporated neoclassic cornices and decorative medallions in its façade. The great hall, located on the entire northern half of the building, was finished in glazed Tiffany brick with large windows that let in streams of natural sunlight. 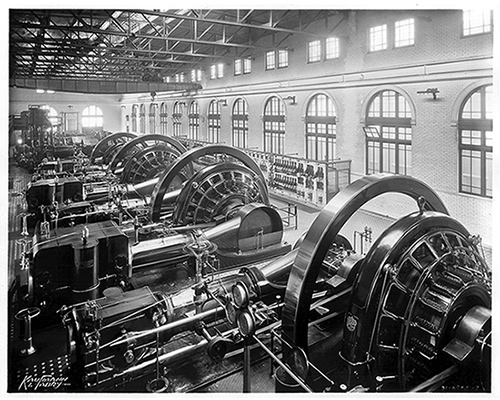 The vision for a green school

The owner of the building, the Homan Arthington Foundation, had a vision for the restoration of the former power house as part of its plan to revitalize the adjacent historic North Lawndale neighborhood. The restoration plan included a partnership with Chicago Public School's Renaissance project that aimed to create 100 new charter schools. It was decided that the building would become a green charter high school. 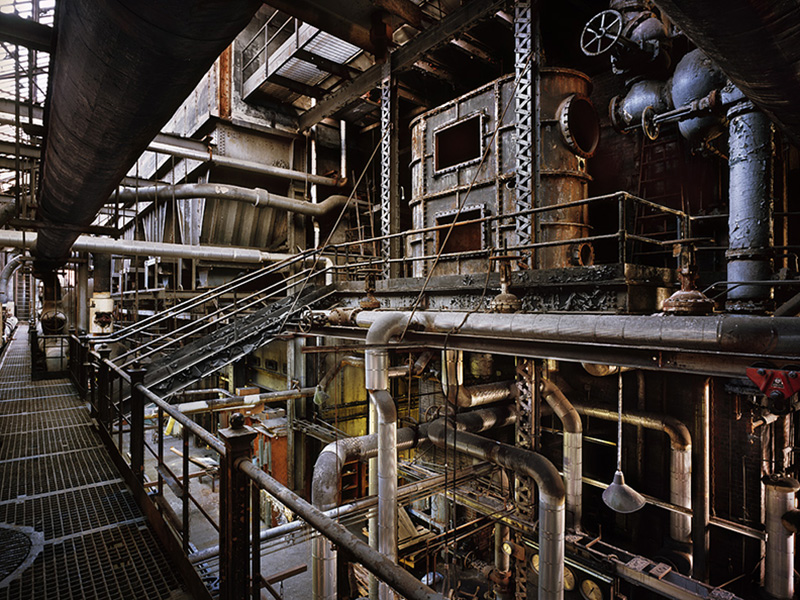 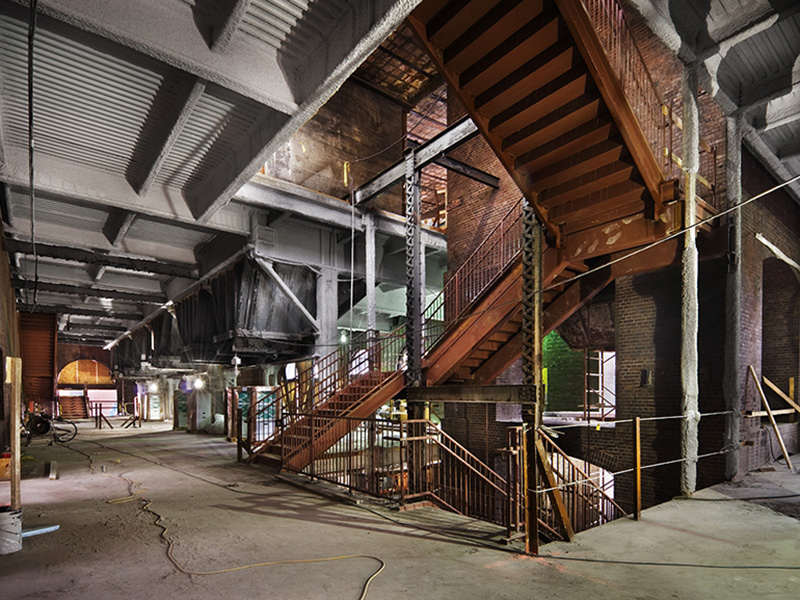 Pepper was tasked with the meticulous conversion of the 90,000-square-foot building into a new technical high school serving 440 students. The scope of the work included the retention of the monumental north hall; repair and energy improvements to the original window frames and sash; addition of two new floor levels within the south hall; and installation of a new elevator and connecting stairs. The exterior work focused on providing new multilevel egress incorporated within the original railroad hopper structure attached to the building.

Preserving the form while changing the function

To preserve history, all major existing areas of the power house remained, with spaces previously housing boilers and coal hoppers transformed into learning studios, labs and offices. The great hall still showcases the original glazed brick and much of the original floor tile but functions as a cafeteria, as well as a gathering place for assemblies. The classrooms have historic elements that showcase the building's original purpose incorporated into the design. A section of a conveyer was preserved in one, while others incorporate the trapezoidal bases of the coal hoppers. 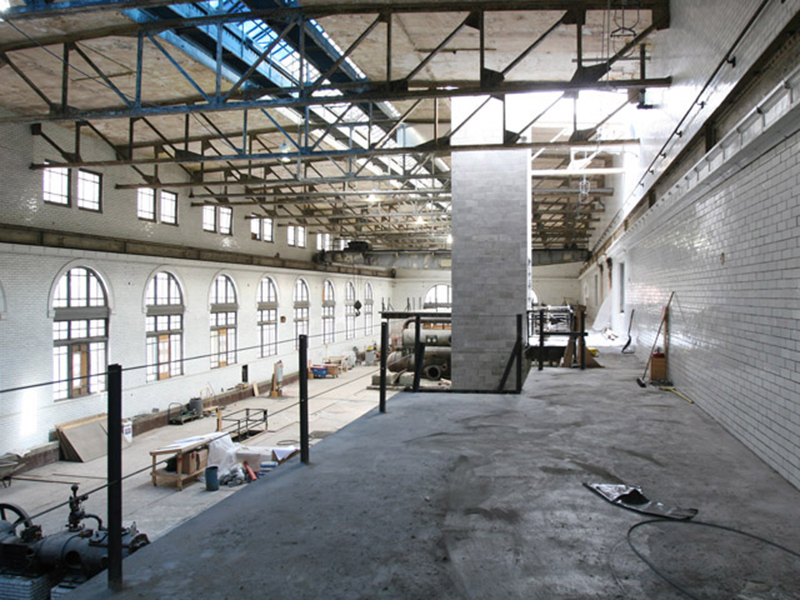 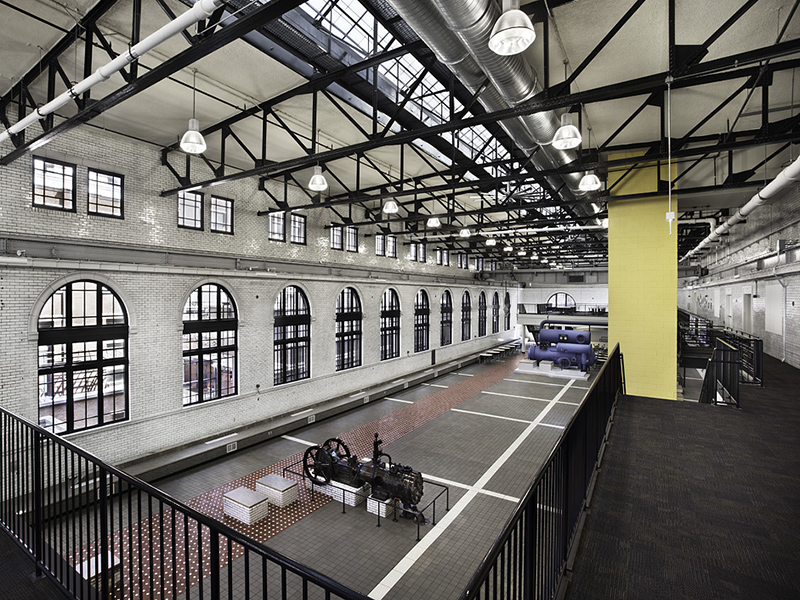 Restoring the building in a way that showcased its former beauty took careful work. Through the course of demolition, Pepper realized that the structural steel would need to be replaced, a difficult task. The steel girder replacement required needle pinning through the first floor Tiffany brick wall to transfer loads of shoring in the basement. The buildings structural steel was surrounded by three-feet-thick walls, which required the design to progress almost simultaneously with the construction.

The original steel was manufactured at the beginning of the century causing another challenge. Due to its age, the steel had a different chemical composition than the steel manufactured today, and the two types could not simply be welded together. Pepper utilized a specific technique, which essentially involved preheating the old steel, allowing it to be joined to the new steel. 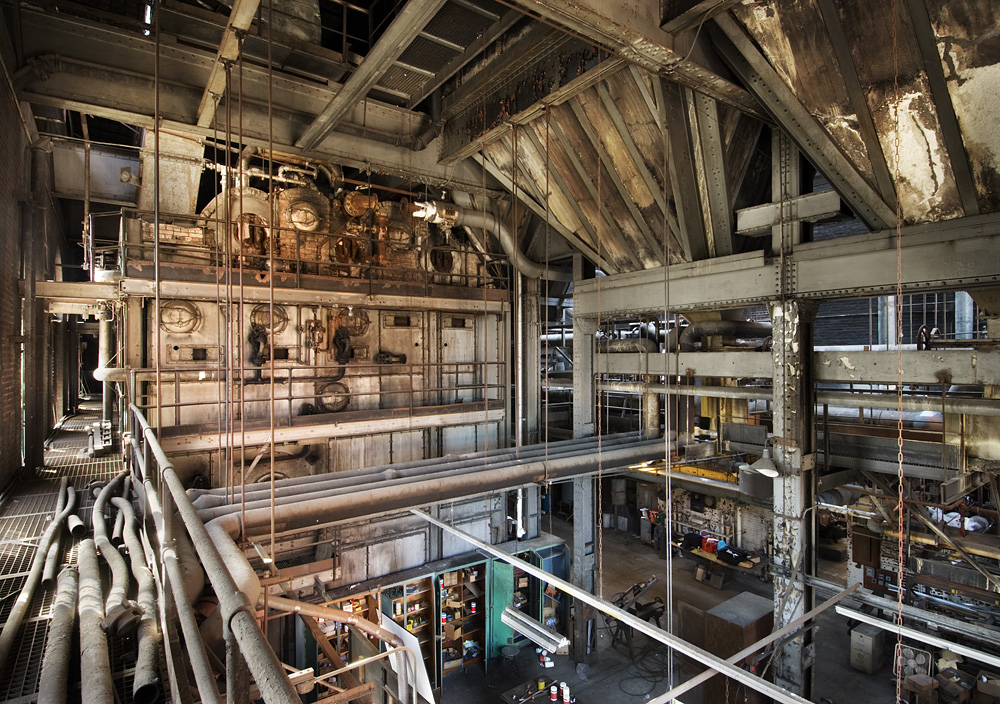 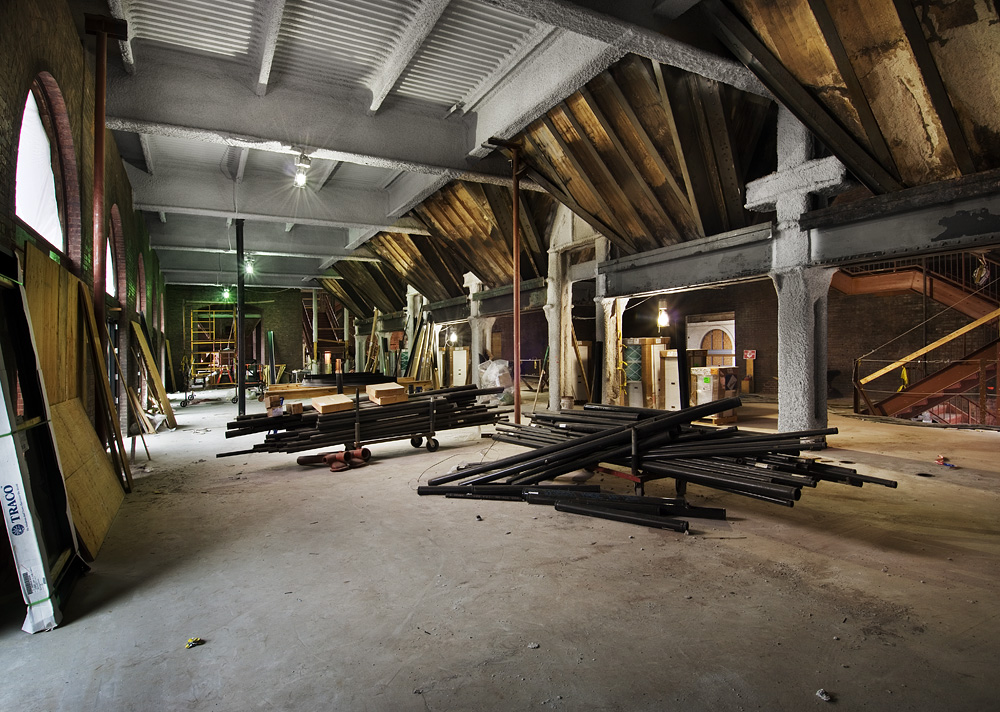 The exterior of the building was tuckpointed, and mortar was dyed to match the color of the original. Inside, the original tile was carefully removed from the old mortar. This process was a challenge because the tiles had been laid in a thick slab of concrete. Once removed, the tiles were cleaned and before they could be reinstalled, the old concrete slab was cleared out and replaced by a new, level concrete floor and the original tile flooring. The classic Tiffany brick in the Great Hall was cleaned and restored as well. 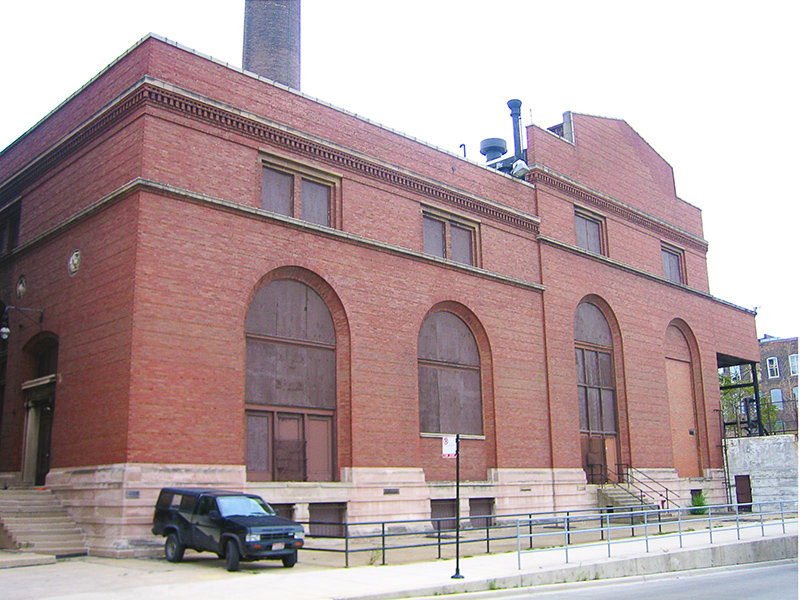 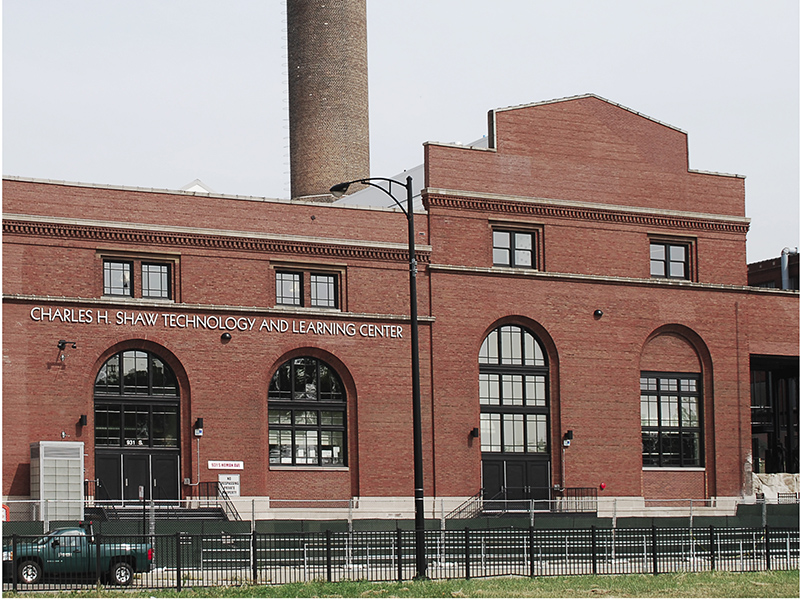 The project achieved LEED Platinum certification, which was a significant goal given the age and condition of the existing facility. Included in the building's design were 84, 350-foot-deep geothermal wells, a rainwater retention garden, a greet roof, lighting controls and energy-efficient skylights. New heat and energy technologies also helped with credits towards the LEED certification while  providing long-term energy efficiency.

The building design incorporated the school's needs in a sustainable way. Users of the building benefit from cleaner air, more natural light and experiential opportunities. To achieve a 22 percent increase in energy efficiency, a variety of strategies were applied:

The building is a unique space to inspire young minds, enabling future generations to achieve their potential. It originally hosted the Power House High School and is now home to DRW college prep, a 4-year charter high school. 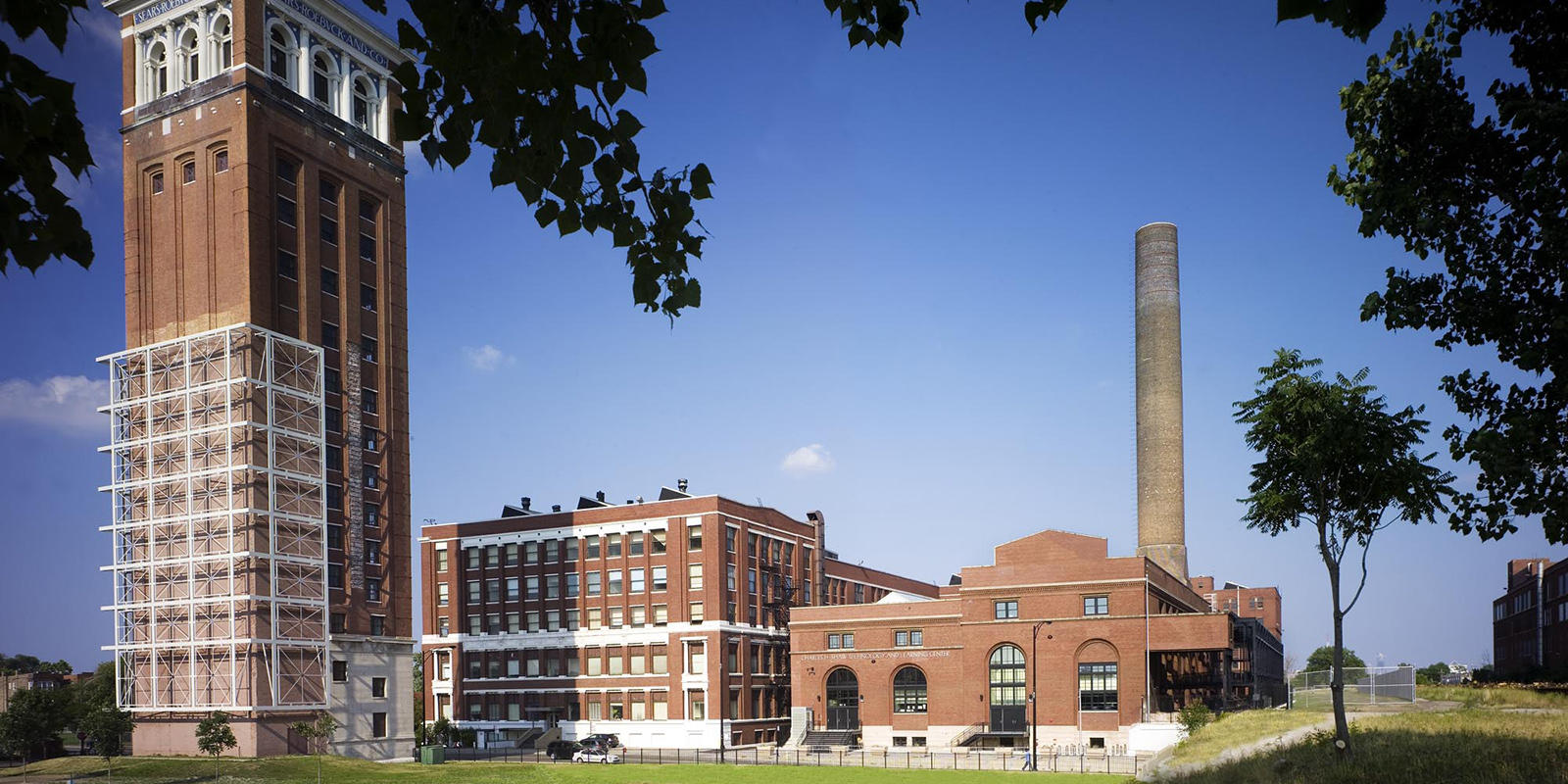 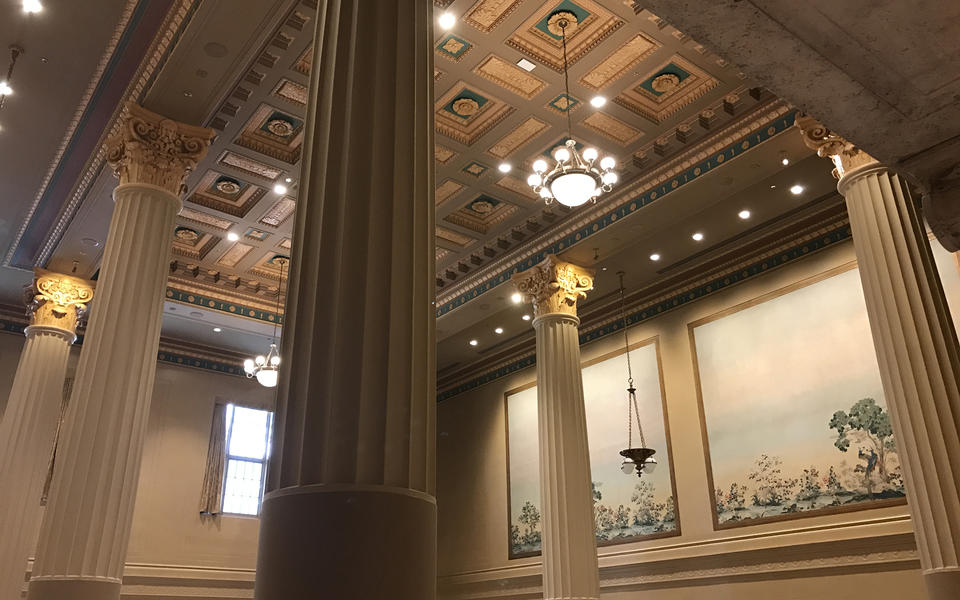 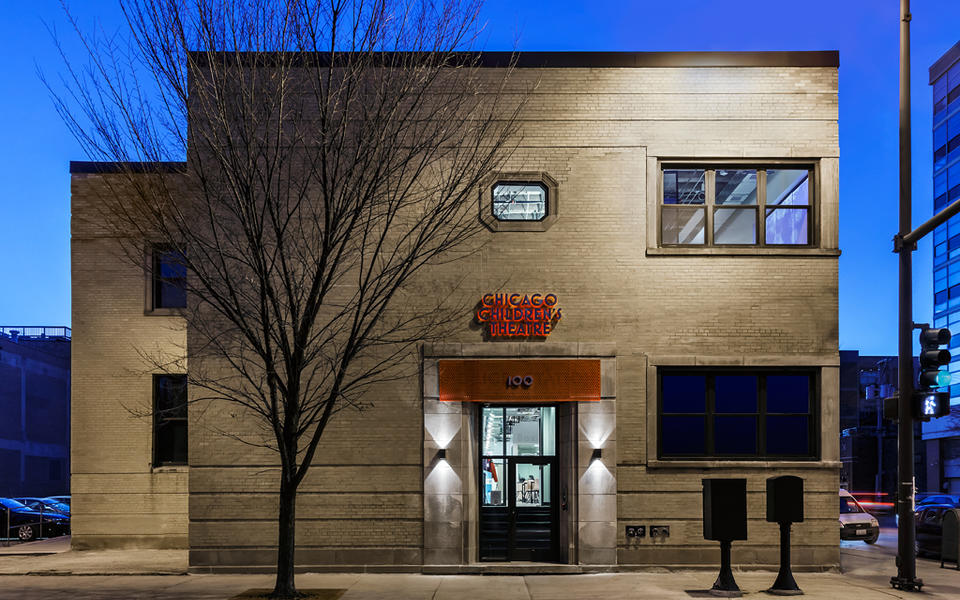